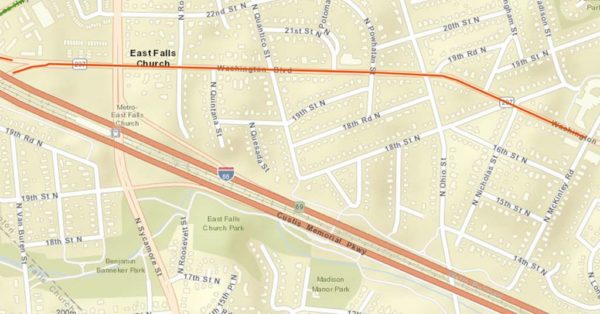 Drivers in Westover and East Falls Church can expect traffic delays and detours in the coming weeks as the state and county repave and add bike lanes to Washington Blvd.

The project by the Virginia Department of Transportation, which owns and operates the street, is set to begin in the next couple of weeks with repaving between Lee Highway and N. McKinley Road.

After that repaving is complete, staff from the county’s Department of Environmental Services will install green bicycle lanes, bollards and way-finding signs for bicyclists. At some points, the lanes will have a buffer as wide as two or three feet from traffic. The county and VDOT coordinated on a design plan for the new striping earlier this year.

(2/2) Cars can't be parked on the street & traffic detours will be in place. Restriping after paving will include a redesign w/ bike lanes.

At one stage, the plan had been for continuous bike lanes along Washington Blvd. But those plans were nixed earlier this year and revised. 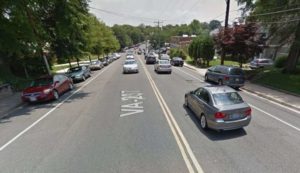 Instead, a bicycle lane will be added to shorter stretches. Westbound the lane will run between N. McKinley and N. Sycamore streets. Eastbound the lane will stretch from the hill at N. Sycamore Street near the East Falls Church Metro station to N. Quintana Street. There they will be directed along parallel neighborhood streets before reconnecting with Washington Blvd near Westover.

Staff said they anticipate between 16 and 19 parking spaces on the street will be lost out of around 150 in total. In turn, Resurrection Evangelical Lutheran Church (6201 Washington Blvd) is expected to increase its parking capacity to 15 spaces.

DES staff said the project has a number of benefits for those in the area:

During the work, DES says parking will be prohibited on Washington Blvd and detours will be in place.