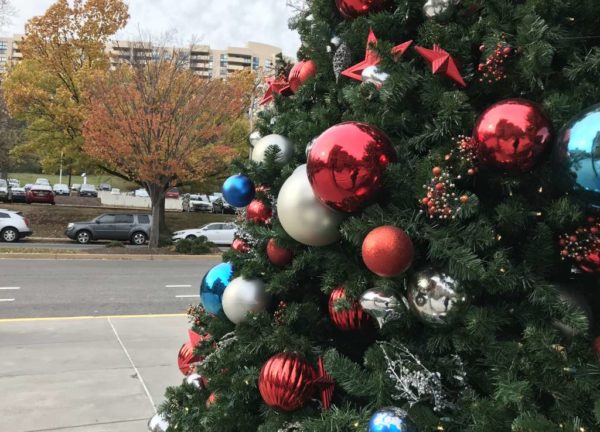 I-66 HOT Lanes Open Dec. 4 — Beginning on Dec. 4, the new toll booths along I-66 will be switched on and solo drivers will be able to use I-66 during rush hour, for a price. Cars with two or more occupants will be able to continue using I-66 for free, as long as they have an E-ZPass Flex transponder. [WAMU]

Transportation Secretary Regrets Streetcar Cancellation — “As he prepares to wrap up a four-year tenure as Virginia’s secretary of transportation, Aubrey Layne said the cancellation of the Columbia Pike streetcar project ranks as one of the major disappointments of his tenure.” [InsideNova]

Investigation into ANC Cop Photo — “Officials at Joint Base Myer-Henderson Hall now say they are conducting an internal investigation after a photo surfaced depicting several officers who patrol Arlington National Cemetery smiling and laughing while pretending to beat a fellow co-worker. A source within the base police department shared the photos with FOX 5 and says the officers took the pictures on Thanksgiving Day while on duty at the cemetery.” [Fox 5 DC]

Roaches Run Now Sanctuary for DCA Drivers — The Roaches Run Waterfowl Sanctuary was first established by FDR’s Civilian Conservation Corps in the mid-1930s. What was once intended as a tranquil place to watch waterfowl is currently mostly being used by drivers waiting to pick up passengers at Reagan National Airport. [Falls Church News-Press]

Arlington Store Featured on VOA — Wild Birds Unlimited, the store for bird watching enthusiasts along Lee Highway, was featured in a recent Voice of America report about the “popular American hobby” of bird feeding, which “connects people to nature.” The store and owner Michael Zuiker also publish a biweekly column on ARLnow.com. [Voice of America]

END_OF_DOCUMENT_TOKEN_TO_BE_REPLACED

More Stories
Open Houses in Arlington This WeekendMeanwhile in D.C.