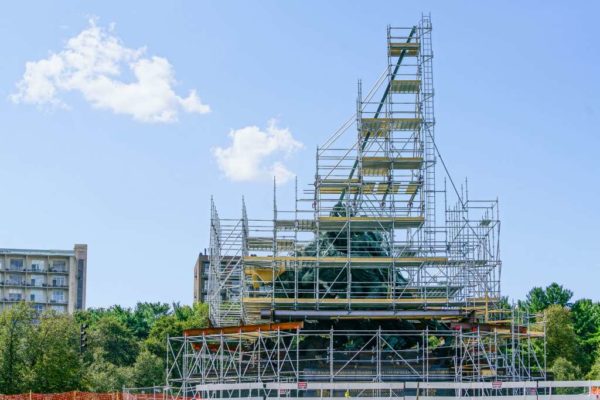 (Updated at 1:45 p.m.) The Iwo Jima memorial is set to get a new visitor center as part of the National Defense Authorization Act that was just signed by President Trump.

It instructs the Secretary of the Interior to build a “structure for visitor services to include a public restroom facility.” It does not specify where the center will be built, but the text says it will be “in the area” of the memorial, the formal name of which is the Marine Corps War Memorial. A Beyer spokesman said this was the “final hurdle” to getting the visitor center built.

Work began earlier this year to revamp the memorial, including washing and waxing the memorial and re-gilding its lettering; repairing any parts of the granite plaza that have become damaged; improving lighting; repaving roads and footpaths; and installing new signs, shrubs and trees.

Rubenstein pledged more than $5 million for the entire project and new visitor center.