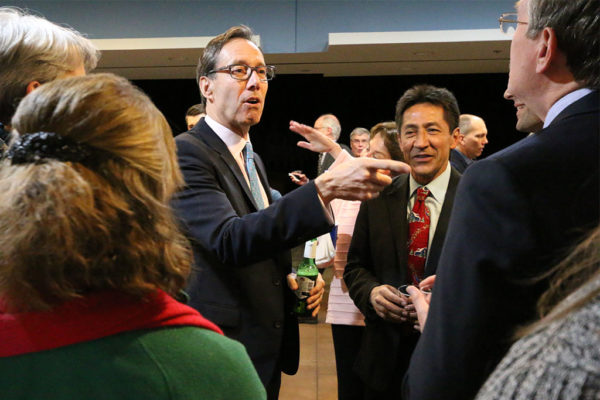 Truck Crash Closes I-395 Lanes — A truck crash on southbound I-395 today closed as many as three lanes during the morning rush hour. [Washington Post, Twitter]

Stepped Up Drunk Driving Enforcement — During the holidays, from Dec. 13-31, Arlington County Police will be increasing DUI patrols as part of the national Drive Sober or Get Pulled Over enforcement campaign. [Arlington County]

Step Forward in Plan for Second Rosslyn Station — “Metro officials are taking a small but symbolic step in their hope of someday building a second station in Rosslyn. On Thursday, the Metro board is expected to approve an application to the Northern Virginia Transportation Authority to request $2 million in grant money that would help the agency study ways to increase capacity on the Blue, Orange and Silver lines in Northern Virginia.” [Washington Post]

Grumbles About Delivery Trucks on the Pike — Delivery trucks often park on Columbia Pike, blocking one of two, including during rush hour. Frustration over delivery trucks parking on the Pike led one resident to tweet a short video illustrating the issue. [Twitter]