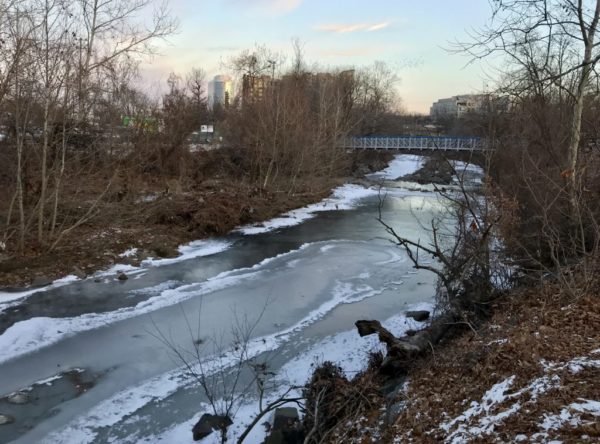 Bar Owner Trolled By ‘Catfish’ Account — Someone is impersonating Scott Parker, co-owner of A-Town, Don Tito, Barley Mac and G.O.A.T., on social media, in an apparent attempt to damage his reputation. The “catfish” recently sent a journalist a profanity-laced rant that encouraged her to kill herself. [Washingtonian, Twitter]

Columbia Pike Water Main Break — Crews are currently working to repair a water main break on the 5500 block of Columbia Pike. The street is partially blocked and some 50-100 water customers have their service affected by the break. [Twitter]

Local Mother Grapples With Son’s Mental Illness — “The night of March 31, 2017, he became so inconsolable, screaming and weeping, that she called the police and had him involuntarily hospitalized at an Arlington hospital. He stayed two weeks, but because he is an adult, and because a hospital must release people from involuntary care when it no longer believes they meet commitment standards, doctors discharged him.” [Washington Post]

Wardian Strikes Again — “A little over a week ago, [ultramarathoner Michael] Wardian pulled off one of his most challenging back-to-backs yet, running the Pikes Peak Marathon, featuring 7,815 feet of elevation gain and an equal amount of loss on a rugged mountain course that tops out at 14,115 feet – in 6 hours, 2 minutes and 55 seconds, mere hours after finishing tenth in the Leadville 100 in 20 hours, 18 minutes and 57 seconds.” [Medium]

Last Call for Christmas Tree Recycling — Friday is the last day for recycling Christmas trees via curbside pickup in Arlington. ‘Recycled’ trees will be turned into mulch. [Arlington County]