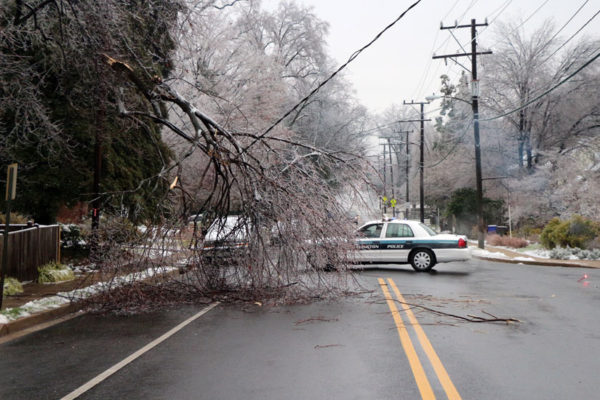 High winds are expected to wallop the Washington region tonight through Saturday and officials are asking the public to take precautions.

The Virginia Department of Transportation issued its own advisory, warning that roadways could be dangerous and that road closures could be possible due to downed trees and power lines or other road debris. Crews will begin working overnight to fix any infrastructure damage, the agency said.

VDOT issued a warning to drivers, and a reminder to:

AAA Mid-Atlantic issued its own warning, including a reminder to treat non-working traffic signals as a four-way stop.

“Motorists who venture out during the Nor’easter should brace themselves for driving into tempestuous side winds, which would buffet them off course and off the road, and into blustery head winds and turbulent tail winds,” AAA said. “Drive defensively or stay off the roads until the mercurial storm passes over.”

More advisories from the agencies via social media:

Dangerously strong, and long-lasting winds coming – starting at, or soon after, midnight. Here's what to expect, & some actions to take to be ready. pic.twitter.com/OBKdiMEg1g