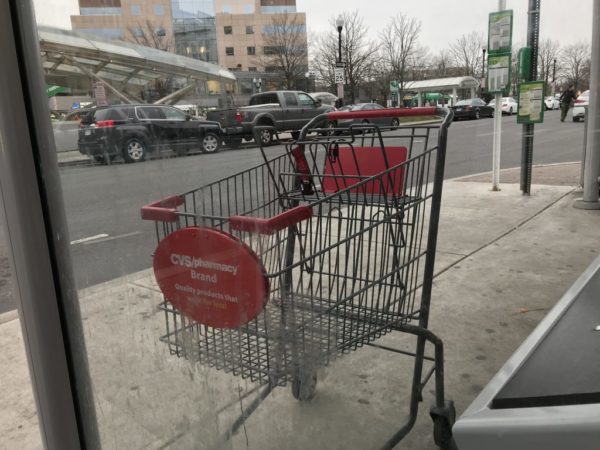 School Walkouts Today — Student walkouts are planned at Arlington’s high schools today, part of a national demonstration against gun violence. The walkout is happening at 10 a.m., is expected to last 17 minutes, and is being treated as an excused absence by Arlington Public Schools. Middle schoolers at St. Thomas More Cathedral School in Arlington, meanwhile, have organized a 2:30 p.m. prayer service to honor the victims.

JBG Talks HQ2 in Quarterly Earnings — Property owner JBG Smith has stayed largely mum about its wooing of Amazon — until now. In its quarterly earnings report, JBG said it believes that its Crystal City properties are well-positioned to win the bid for Amazon’s second headquarters. The D.C. area’s tech prowess “combined with our blend of walkable places, in-place infrastructure and low-cost housing makes Crystal City a compelling location,” the company wrote. “Our holdings alone can accommodate Amazon’s entire long-term space requirement and we have a cost advantage over our competitors given the existing in-place parking and substantial infrastructure.” [Washington Business Journal]

Lobbyist Claims Attack at Local Hotel — Jack Burkman, a “conservative lobbyist known for his controversial positions” who in January told police he was pepper sprayed outside his house near Rosslyn, is alleging another attack. Burkman claims, in a press release, that he was “run down by a large, black SUV” last night while “working with an FBI whistleblower” at the Key Bridge Marriott in Rosslyn. [Twitter]

Two Charged in Murder of Arlington Man — Two suspected gang members from Maryland have been charged in the fatal stabbing of an Arlington resident in Oxon Hill, Md. on Feb. 25. [Town of Morningside]

Arlington House Closing for Rehab Project — Arlington House, the iconic historic mansion at Arlington National Cemetery that was formerly home to Gen. Robert E. Lee, “is closing to the public beginning Monday, March 19, so it can undergo a monthslong rehabilitation project… part of a $12.35 million restoration plan.” [WTOP]

National PTA Meeting in Arlington — The National Parent Teacher Association is holding its annual legislative conference at the Crystal Gateway Marriott in Crystal City this week. The conference runs from March 13-15 and kicked off yesterday with a keynote address by U.S. Secretary of Education Betsy DeVos. [National PTA]