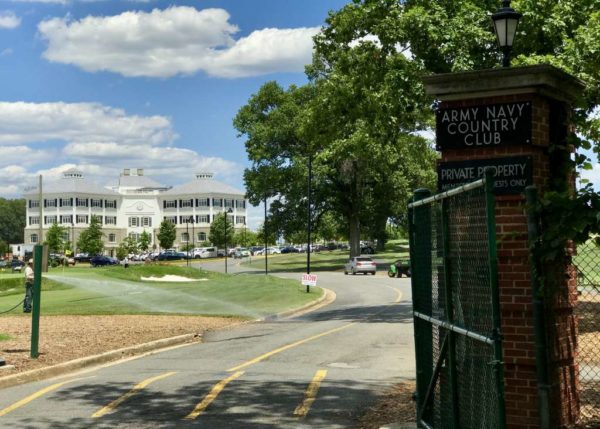 HB 1204 would have reduced the tax bills for Army Navy Country Club and Washington Golf and Country Club, but would have cost the county’s coffers nearly $1.5 million annually.

The state legislature will now have an opportunity to override the veto.

“We are grateful to Governor Northam for vetoing HB 1204,” Arlington County Board Chair Katie Cristol said. “The governor, by his action to keep authority over local property assessments in the hands of local government, and not in Richmond, has shown real leadership.  This legislation had major implications for all localities across the Commonwealth.”

Arlington encourages all local governments to unify and ask their legislators to sustain the veto when the General Assembly reconvenes April 18 at the State Capitol, Cristol said.

“We are committed to resolving the assessment issue with the golf courses, and we are confident that we can find an equitable solution,” she said. “I want to thank our Arlington delegation for standing strong with us throughout this process.”

In his veto message, Northam says that he expects Arlington and the clubs to reach a compromise soon. The clubs are suing the county, fighting back against what they say is an unfair way to assess what is essentially open space — treating the many acres of golf courses as developable land.

The governor’s veto message is below.

Pursuant to Article V, Section 6, of the Constitution of Virginia, I veto House Bill 1204, which requires the County of Arlington to assess two private country clubs within its boundaries as land dedicated to open space rather than its current method of highest and best use.

This is a local dispute over a local government’s method of assessing land for property taxation. As such, the solution to this dispute should be reached on the local level without the involvement of the state.

I have been assured that an agreement acceptable to both sides of this dispute is close to being reached. I encourage the parties to continue negotiations to find a solution so that similar legislation will not be necessary in the future.

Accordingly, I veto this bill.

END_OF_DOCUMENT_TOKEN_TO_BE_REPLACED

More Stories
Thank You to Our AdvertisersMorning Notes