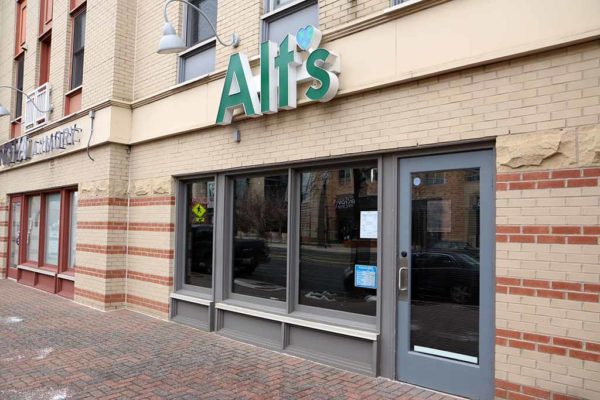 Alt’s, a new restaurant in Lyon Park specializing in meatless burgers, may be hitting some roadblocks on its way to opening. 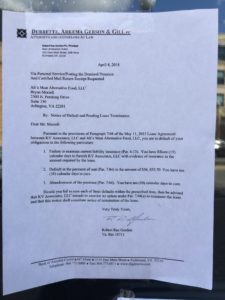 Last month, after a representative showed up unannounced at our offices to drop off menus, it seemed like an opening was imminent. Over the weekend, however, a local resident sent us a photo of a legal notice posted on the storefront at 2300 N. Pershing Drive that suggests the opening might not be happening soon, after all.

The notice says Alt’s has failed to obtain proper insurance and pay more than $56,000 in rent.

Should Alt’s fail to fix each of the items detailed in 10-15 days, the notice says, “then be advised that KV Associates, LLC intends to exercise its option… to terminate the lease.”

The Alt’s Facebook page was last updated on May 22, 2015 when the restaurant announced that it had signed a lease.