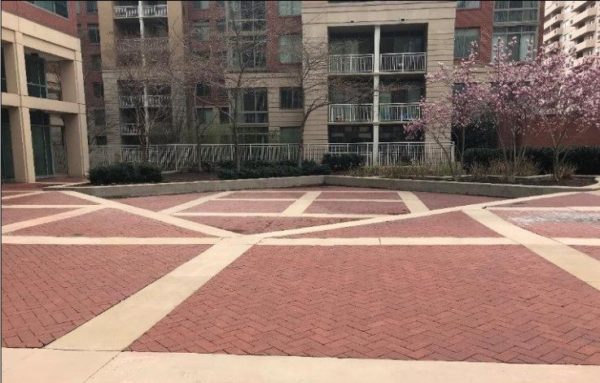 A proposed child care center in Courthouse is likely to be approved by the County Board at this weekend’s meeting, but it is not without some controversy.

Residents of the Woodbury Heights Condominiums have raised concerns about the proximity of the proposed Bright Horizons child care center to Arlington’s Homeless Services Center, according to the county staff report.

Several tenants of the Courthouse condominium building publicly opposed the homeless shelter prior to its construction due to safety and property value concerns.

Pending approval, the child care center would also be near Ragtime restaurant, as well as Arlington County Police headquarters, the county jail and the county courthouse.

The center is slated to have a maximum permitted enrollment of 136 children, but the number could be set lower by Arlington’s Dept. of Human Services if deemed necessary.

The report added that the site has adequate parking spaces and public transportation access. The child care center would convert 10,868 square feet of office space into child care use. An outdoor plaza would be converted into a 4,645 square foot outdoor play space enclosed by a five foot fence.

The Radnor/Ft. Myer Heights Civic Association did not object to the child care center and several nearby apartment buildings did not respond to county staff’s notification, according to county documents.

Bright Horizons has agreed to operate from Monday-Friday from 6:30 a.m.-7 p.m. The child care chain has three locations in Arlington already — in Rosslyn, Ballston, and Crystal City — and has dozens across the country.

Attempts to reach a current representative of the Woodbury Heights Condominium Association were unsuccessful.