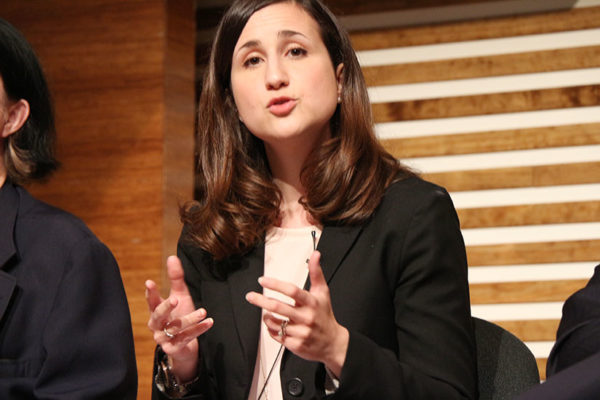 Concerns abound about how the arrival of Amazon’s second headquarters might squeeze an already space-starved county — but could HQ2 merely speed up population growth in Arlington that would inevitably happen over time even if Amazon chooses another location?

It’s a possibility that county leaders say they’re increasingly beginning to consider, as Arlington has emerged as a top contender to earn HQ2, among its competitors both locally and nationally.

The way Arlington County Board Chair Katie Cristol sees it, the D.C. region is already set to grow exponentially in the next few decades. For instance, the Metropolitan Washington Council of Governments projects that 1.5 million people will move to the area by 2045, an estimate worked up long before Amazon cast its eye towards the region.

Accordingly, Cristol reasons that Amazon’s arrival in Arlington would indeed prompt a sudden surge in growth in the county, but not substantially change how officials are preparing to handle an ever-growing population.

“It’s not as though we are in this perfect equilibrium now and Amazon will upset the apple cart,” Cristol told ARLnow. “Growth is coming to this region… but I think Amazon could really force the issue by probably condensing how fast that growth could happen, maybe we’re talking 10 years over 20.”

That’s why she says county officials are already putting such an intense focus on issues like affordable housing and transportation, and encouraging residents to do the same. She sees the “Big Idea Roundtables” the county is convening this month as a key step in the process, designing them as forums for people to have frank discussions about all of the problems and opportunities associated with the county’s growth in the coming years.

Cristol fully expects many of those conversations to center around the arrival of huge companies like Amazon, or perhaps Apple. But, as she tries to take a long view of the region’s future, she expects they’ll be helpful no matter what Jeff Bezos decides.

“Whether Amazon comes and hastens that [growth] or whether Amazon doesn’t come and the general projected job growth and population growth comes over a longer period of time, the questions and the need for the community conversation are the same,” Cristol said.

Amazon critics, however, are less convinced that leaders like Cristol should accept such growth as unavoidable. Margaret McLaughlin, chair of the Metro D.C. Democratic Socialists of America, says her group has led a campaign highlighting HQ2’s potentially negative impacts on marginalized communities in order to get officials thinking differently about the region’s future.

“By them saying that growth is coming inevitably, they’re taking their own agency out of the economic decisions they’re making,” McLaughlin said. “Rents are going to go up, and that ends up pushing out renters, people of color, people working in the service industry… so they’re ones making choices, they’re pushing families out. They’re making the economic situation better for the rich and worse for the poor.”

Other experts wonder if Cristol is even right in believing that Amazon might speed up growth in the area, but not fundamentally change it. Yolanda Cole, owner of a D.C. architecture firm and chair of the Urban Land Institute’s Washington District Council, thinks that sort of assumption is “unrealistic.”

“If they come here, it’s not just Amazon on the way,” Cole said. “It’s going to be all the companies and people who serve Amazon.”

Jenny Schuetz, who studies housing policy as part of the Brookings Institute’s Metropolitan Policy Program, cautioned that it’s likely too early to tell if Cristol is right until Amazon reveals more about their hiring plans at any future HQ2 in Arlington. However, she does agree with Cristol’s broad point about the region, noting that the arrival of the second headquarters would still have “localized impacts as it grows.”

“Someplace like Crystal City could absorb it easily, since there’s a lot vacant office space, but the question is whether workers would live close by,” Schuetz said. “Somewhere like Ballston would have a lot more of the residential infrastructure and amenities nearby… but housing there is already in such high demand.”

Cristol stresses that those neighborhoods are likely to wrestle with those same issues in the coming years, regardless of whether Amazon shows up one day.

“The pressures are coming,” she said. “So how do we deal with them?”