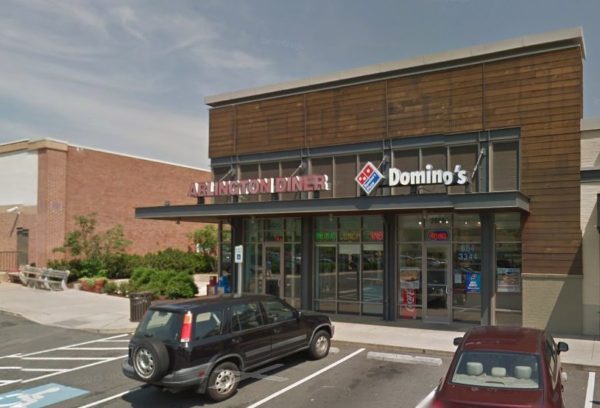 (Updated, June 11 at 1:30 p.m.) A Fairfax dumpling restaurant will soon move into the space next to what was once the Arlington Diner in the Arlington Ridge Shopping Center.

District Dumplings, based in the Mosaic district, is planning to open a new location at 2923 S. Glebe Road, once the home of a Domino’s, according to a manager who answered the phone at the restaurant’s Fairfax location. She says the new eatery could be open as soon as next week.

The building’s landlord secured a permit for a 28-seat “fast casual restaurant” in early March, according to county records. One reader noticed signs advertising the change up at the location as of Monday (June 4).

The diner closed last May, after 32 years in business at the location. Its owner cited challenges in negotiating an affordable lease in his decision to close up shop.

The shopping center is also home to a Giant grocery store and a Gold’s Gym.