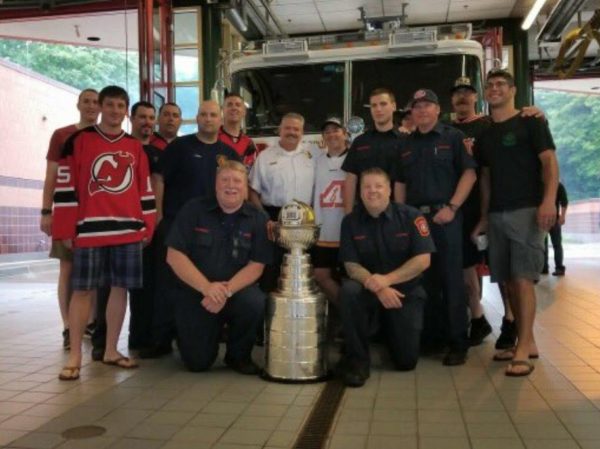 Woman Pleads Guilty to Oxycodone Conspiracy — A former medical assistant at doctor’s offices in Arlington and Alexandria has pleaded guilty “for her role in leading a conspiracy to distribute oxycodone,” according to federal prosecutors. “From 2011 through December 2017, [Louise] Edwards stole blank prescription pads and electronically-generated fraudulent prescriptions using a medical recordkeeping system… Edwards facilitated the fraudulent filling of at least 353 prescriptions, totaling 42,360 pills of 30 milligram oxycodone.” [Alexandria News, Patch]

Elected Officials Support Striking Workers — Local elected officials, including Arlington County Board Chair Katie Cristol and state Sen. Barbara Favola, are scheduled to meet this morning with Didlake Inc. employees who work at the Army National Guard Readiness Center on S. George Mason Drive. The employees are on strike after the company refused to recognize their vote to join a union.

Meeting Space Coming to Rosslyn — “Meeting and event space provider Convene has inked a deal to open a new location high atop the CEB Tower at Central Place in Rosslyn, where it plans to join the building’s namesake tenant as early as October. The New York-based company has signed a 14.5-year sublease for 35,000 square feet from Gartner Inc., CEB’s parent company, at 1201 Wilson Blvd.” [Washington Business Journal]

Sun Gazette Endorses de Ferranti — The Arlington Sun Gazette has endorsed Matt de Ferranti in the Democratic Arlington County Board primary, which will be held this coming Tuesday. However, the paper has little good to say about him, instead opining that he and fellow candidate Chanda Choun lack “deep roots in the community and, we fear, each has yet to develop an ingrained grasp of local issues to provide a viable challenge to the very plugged-in incumbent [John Vihstadt].” [InsideNova, InsideNova]