The return of the Armed Forces Cycling Classic to Arlington will prompt a few road closures this weekend, with Clarendon impacted Saturday (June 9) and Crystal City facing closures Sunday (June 10).

Cyclists of all skill levels will compete in the 21st annual “Clarendon Cup” Saturday. The event features professional cyclists competing in what is billed as “one of the most difficult criterium races in the USA, due to technical demands of the course and the quality of the participant.”

Arlington County Police are planning to close the following roads around Clarendon from 4:30 a.m. to approximately 4 p.m. that day: 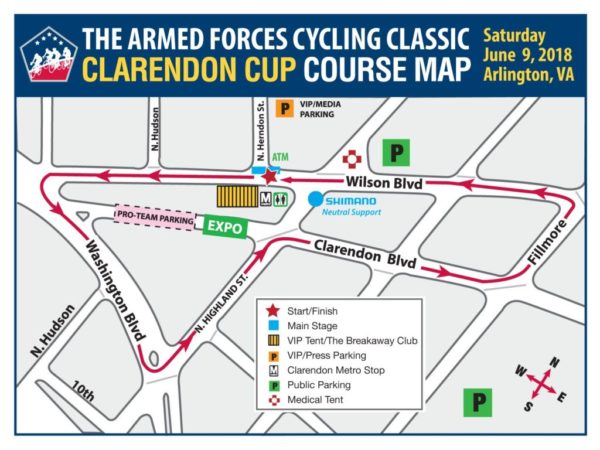 Police also plan to post “no parking” signs in the vicinity of both races. Anyone with their vehicle towed should call the county’s Emergency Communications Center at 703-558-2222.