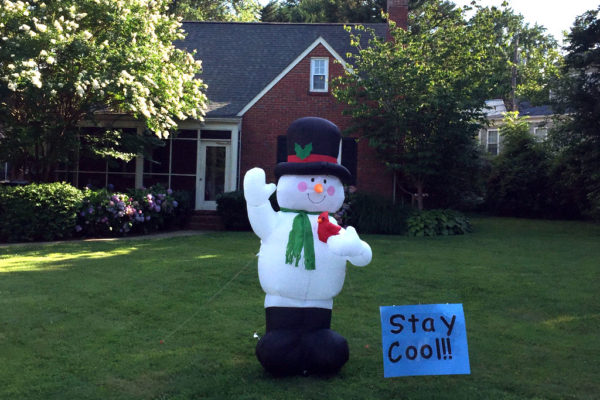 Motorcycle Crash Closes Columbia Pike — Columbia Pike was closed in both directions for just over two hours this morning while police investigated a serious accident. A motorcycle reportedly crashed into a minivan between S. Frederick and Dinwiddie street, near the Arlington Mill Community Center. The motorcycle rider was seriously hurt and two people in the van were also taken to the hospital. [WJLA, Twitter]

Man Arrested for Threatening FCC Chair’s Family — A California man has been arrested and charged with sending emails that threatened to murder FCC Chairman Ajit Pai’s family, over his support of the rollback of net neutrality rules. Pai has two children and lives in Arlington. Per an affidavit, one of the emails “listed the names and addresses of three preschools located in or around Arlington, Virginia, followed by the following sentence: ‘I will find your children and I will kill them.'” [Gizmodo, Washington Post]

Car Fire in Cherrydale — A car caught on fire in the garage of an apartment building in Cherrydale early this morning. No one was hurt. The cause of the fire is under investigation. [Twitter, Twitter]

Plane Evacuated on DCA Tarmac — “Passengers were forced to evacuate a United Airlines plane at Reagan National Airport on Sunday after smoke was reported in the cabin… The Metropolitan Washington Airports Authority said that about 1 p.m. Sunday, Houston-bound flight 6122 was taxiing for takeoff when emergency crews were called for a report of smoke in the cabin. The plane’s emergency slides were deployed, and all passengers and crew members exited ‘without incident.'” [Washington Post, Fox News]

Lee Highway Planning to Move Forward? — “It’s been delayed, delayed and delayed some more. But, Arlington’s top elected official promises, the long-awaited study of development options along the Lee Highway corridor will be up and running by the end of the year.” [InsideNova]