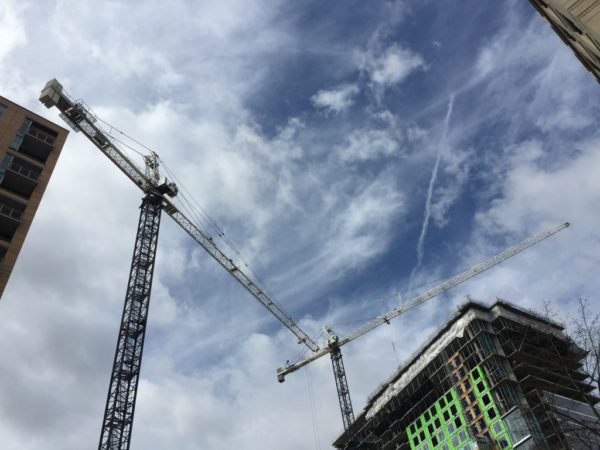 Arlington and the rest of the D.C. region could face a massive “housing shortfall” in the coming years without a surge in new construction, according to a new analysis by regional planners.

A study presented to the board of the Metropolitan Washington Council of Governments last Wednesday (Sept. 12) suggests that the region needs to add 100,000 more homes than are currently projected to be built between now and 2045.

Otherwise, planners expect the surge in workers moving to the region will drive up housing prices to even higher levels, imperiling the region’s economy and further driving workers out into increasingly distant suburbs.

“The projected gap — or housing ‘ shortfall’ — will only worsen without intervention,” MWCOG researchers wrote. “The region should continue to create and/or preserve housing at a higher rate than has been achieved in the recent past to close the gap and provide adequate housing options to be able to sustain strong regional economic growth.”

The researchers based that warning on population estimates for the region suggesting D.C. and its suburbs will see its employment base of 3.28 million jobs balloon to 4.27 million by 2045 — a forecast that only takes regional trends into consideration and doesn’t specifically account for the arrival of a tech giant like Amazon in the region. By contrast, the planners expect the D.C. metro area to see its housing stock rise by roughly half that amount, going from 2.08 million homes to 2.66 million. 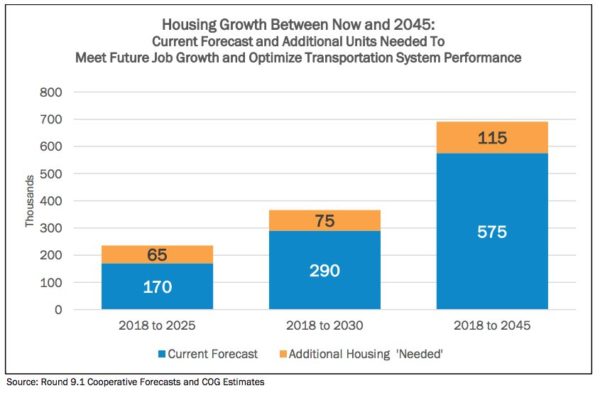 Accordingly, they project that the region will need to add 690,000 new homes, rather than the 575,000 currently projected, in order to have a desirable ratio of workers to homes.

Even still, the researchers note that in the early 2000s, the region was averaging nearly 30,000 new homes built each year, making such a boost feasible.

“Although we are on the right trajectory, it is possible to produce even more,” the analysts wrote.

The researchers urge leaders in Arlington and other localities with access to “high capacity transit stations” to take up such a challenge, particularly by identifying ‘planning and zoning tools and policies to ensure preservation of existing housing and production of new affordably priced units.”

“It is important to note again that this goal of increasing housing production by slightly more than 100,000 units is to ensure a sufficient supply of housing for workers to fill current and anticipated jobs,” the researchers wrote. “Although it will mostly address need from an economic competitiveness and transportation infrastructure standpoint, it will have broad significance for the future of our region and its residents.”