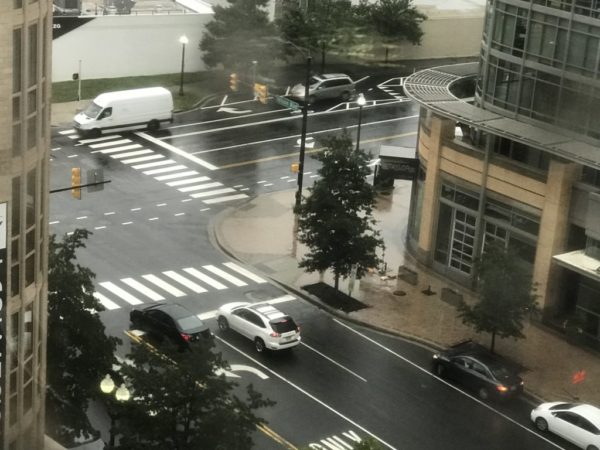 Lubber Run Project Budget Boosted — “Arlington County Board members on Sept. 22 agreed to add about $1.4 million to the budget for rebuilding Lubber Run Community Center, which will push the construction cost to $41.14 million and the management fees to $4.11 million.” [InsideNova]

Clarendon Circle Construction Begins — “Things will start looking different in Clarendon and not because of too many cosmos at Don Tito’s. The long-awaited Circle intersection improvements project kicks off today.” [Twitter]

Neighborhoods Want in on W-L Name Discussion — “The president of the Buckingham Community Civic Association thinks Arlington school leaders may need some remedial work in geography. Bernie Berne used the Sept. 20 School Board meeting to complain that his community had been shut out of the committee set up to suggest new names for Washington-Lee High School, even though it is closer to the school than another civic association that has been included on the panel.” [InsideNova]

Fire at Columbia Pike Building — On the 5100 block of Columbia Pike: “First arriving units found a fire contained to an appliance. The fire was extinguished. All occupants are safe & accounted for.” [Twitter, Twitter]

Tree Advocates Increase Pressure — “Another month has brought another round in the ongoing dispute between tree activists and the Arlington County Board – and much of the give and take on both sides is beginning to sound familiar to the point of repetitious. Activists in support of expanding the county’s tree canopy were among a number of advocacy groups that descended on the Sept. 22 County Board meeting. Among their chief complaints: The county government hasn’t done anything to prevent the removal of trees during an upcoming expansion project at Upton Hill Regional Park.” [InsideNova, Twitter]

Fox News Highlights Lucky Dog — Arlington’s Lucky Dog Rescue continues to get national attention for its work rescuing dogs from areas flooded by Hurricane Florence. Over the weekend Fox News broadcast from Shirlington to bring attention to the dogs that are now available for adoption. [Yahoo]