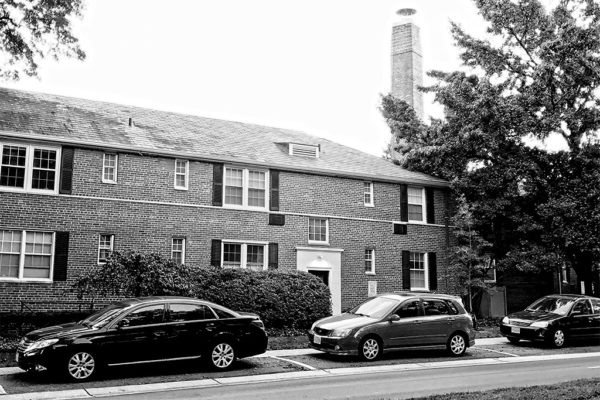 Local Investment Firm CEO Arrested — Todd Hitt, the founder of Falls Church-based Kiddar Capital, was arrested by the FBI and charged with securities fraud last week. Hitt was developing a new company headquarters in Falls Church. He made headlines as a young housing developer in the 1990s for clashing with Arlington neighbors while building what residents dubbed “McMansions.” [Tysons Reporter]

More White Nationalist Posters Spotted — A reader says he saw more white nationalists posters around Clarendon over the weekend. The reader, who wished to remain anonymous, says he removed the posters after photographing them. [Twitter]

New 1100 Wilson Blvd Rooftop — “Monday Properties hosted a VIP event for real estate brokers Wednesday evening to showcase the 6,200-square-foot indoor-outdoor space atop the 31-story building, part of the two-building The Towers. It is being unveiled as landlords in Rosslyn and across Greater Washington seek to up their communal spaces to appeal to tenants who increasingly want more than just office space to attract and hang onto employees.” [Washington Business Journal]

Bamboo Removal This Week — “Arlington County contractors will be removing bamboo in Benjamin Banneker Park during the week of Oct. 8. Depending on weather conditions, treatment is expected to conclude by Friday, Oct. 12.” [Twitter]

Maryjane Arrested for Car Theft, Weed — “Police caught a woman named Maryjane in Ballston who they say stole a car in Fairfax County — and they also hit her with a marijuana charge.” [Patch]