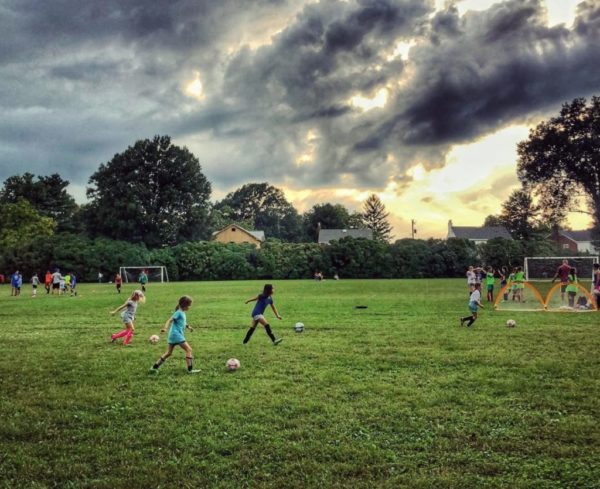 Man Punched Outside Ballston Subway — A man was punched in the face outside the Subway on Fairfax Drive in Ballston yesterday. The assault occurred just before lunchtime and those flocking to the restaurant for footlongs had to step over splatters of blood on the sidewalk. No word yet on what prompted the fight nor whether the suspect, who reportedly fled into the Metro station, was later apprehended. [Twitter]

History of the W&OD Railroad — Before it was a bike and pedestrian trail, the W&OD was a regional railroad that transported goods and people across Northern Virginia. How would the area and our transportation problems be different if it had stayed a transit corridor, asks a GGW contributor. [Greater Greater Washington]

Local Social Media Influencer Profiled — Clarendon resident and mother of two Angelica Talan “has made a career out of building a loyal following on social media.” She blogs at Clarendon Moms and Angelica in the City and also has done some modeling and acting. [Arlington Magazine]

Tree Group Wants More Trees — The Arlington Tree Action Group replied on Twitter to a posting of the photo above: “Beautiful sky! It would look even better with more trees! #ArlingtonVA #trees.” [Twitter]

Nearby: Alexandrians Worry About Takeout Window — A proposed takeout window for a new Mexican restaurant on King Street prompted a protracted debate among members of the Alexandria city council. Said one opponent on the council, who ultimately lost out on a 4-3 vote: “I think this is maybe one small step in the direction of what we don’t want Old Town to become.” [Washington Business Journal]