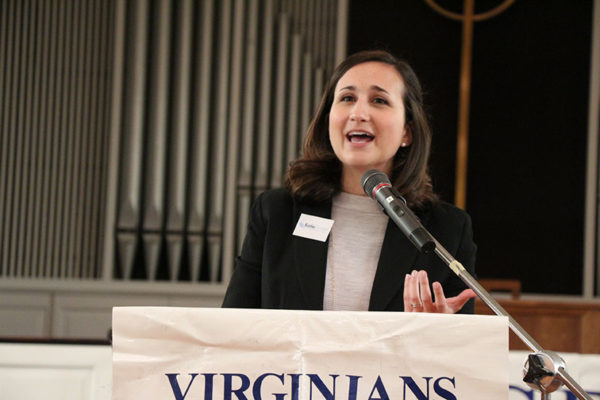 Cristol, a Democrat, is standing with leaders from 10 other Virginia localities in supporting the “March for More,” a demonstration in Richmond set for this Saturday (Dec. 8). Richmond Mayor Levar Stoney (D) is coordinating the effort and has made school funding a key focus of his administration.

The march is primarily focused on convincing state legislators to reverse cuts to K-12 education funding they made at the height of the Great Recession. Its supporters argue that the state’s failure to restore those funds and keep pace with rising enrollment levels have put a huge strain on local governments, which bear the burden of funding their school systems.

“As a locality that receives the smallest percentage of funds from the state for K-12 education, we’ve watched funding dwindle since the start of the recession in 2009,” Cristol wrote in a statement. “Shifting such a disproportionate burden of educating young Virginians on to the commonwealth’s localities is as inequitable as it is unsustainable.”

For fiscal year 2019, state funds accounted for about 12 percent of the roughly $640 million that Arlington Public Schools took in in revenue, while the county accounted for about 78 percent of that amount. However, there are plenty of factors accounting for Arlington’s small share of state funding — officials dole out money based on each locality’s “ability to pay,” a statistic that the state calculates by evaluating factors like property values, income levels and taxable retail sales. The county performs quite well relative to other Virginia localities on all of those measures.

But the “March for More” advocates point out that state law obligates the General Assembly to fund 55 percent of the costs of meeting the state’s “Standards of Quality,” which govern everything from class sizes to facility maintenance schedules, but Richmond has fallen far short of meeting that standard. As of 2017, the state combined to meet just 43 percent of school funding needs statewide.

Similarly, research from the left-leaning Commonwealth Institute for Fiscal Analysis suggests that state funding is down 9.1 percent per student compared to pre-recession levels.

Arlington officials are particularly interested in a little budget relief, given the county’s current fiscal challenges.

County leaders are considering everything from tax increases to staff layoffs to help meet a projected $78 million budget gap, which is driven in part by a $43 million deficit that the school system is facing. The school system only narrowly avoided increasing class sizes in this year’s budget, and may have to consider such a measure again in fiscal year 2020.