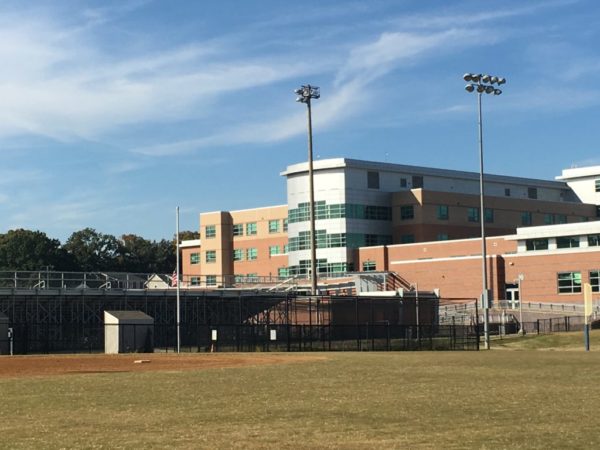 “Washington-Loving” might’ve earned a committee’s blessing as the ideal new name for Washington-Lee High School, but members of the group say the process of reaching that recommendation was anything but smooth sailing.

Two members of the W-L renaming committee even ended up resigning from its ranks, decrying the group’s work to find a new name for the school as a process that was tainted from the time deliberations started this September.

Other members of the committee argue that the group had some passionate disagreements at times, but generally reached a fair consensus on a name for W-L. Regardless of exactly where the truth lies, however, the dispute marks yet another complication in a process that’s been characterized by plenty of fierce debate ever since the School Board’s June vote to strip Robert E. Lee’s name from the building.

“I am departing with disgust about a morally bankrupt process that has been directed, not facilitated,” Patrice Kelly, a W-L parent, wrote in a letter resigning from the committee provided to ARLnow. “Between the chilling of discussions, the manipulative process, the disregarding of solicited public opinion and the pressure to conform to the unstated mandate, I have concluded that this process is a disingenuous attempt to appear that public input was sought.”

The chief concerns of Kelly and Bill Moser, a W-L alumnus who resigned from the committee once it finished its work last week, are that the committee failed to give any consideration of the prospect of keeping the name the same, or finding another historical figure with the name “Lee” as a substitute.

Both were also frustrated that one of their fellow committee members had ties to the school system, albeit indirectly, which they felt showed that the Board was unduly influencing the process. Dana Raphael, the daughter of former Board member Abby Raphael, represented recent W-L alumni on the committee.

“I won’t say that she orchestrated the process… but I do wonder about the whole thing,” Moser told ARLnow.

Raphael, for her part, feels that such assertions are ridiculous. She says she became interested in the battle over the W-L name when the Board was deliberating the issue this summer, particularly because she’s believed that the name should be changed ever since she was a freshman at W-L.

And as for her mother, Raphael says “she’s had no role in the facilities policy or the renaming,” particularly since she left the Board in 2015.

“Her commitment to public service inspired me when I was in high school to take an active role in my community, in politics and in current events,” Raphael wrote in an email. “I applied to join the renaming committee because I wanted to ensure the process considered the history of the school and the legacy of Jim Crow, as well as ensure we centered a conversation about civil rights.”

Raphael also argues that it wasn’t part of the group’s mission to consider the prospect of keeping the name, noting the group had “no authority to ‘overturn’ or ‘nullify’ the School Board’s decision to replace ‘Lee.'” She added that a neutral facilitator brought on by the school system to guide the process made such a point clear “at every single meeting.”

“It was out of our control,” said Chloe Slater, a junior at W-L representing current students on the committee. “The point was to choose a new name, because that’s what the School Board decided. Some people didn’t understand that aspect.”

But Linda Erdos, a School Board spokeswoman and a staff liaison to the committee, says the group decided on its own not to move forward with another “Lee” option.

The committee considered people like “Light-Horse Harry” Lee, Robert’s father and a Revolutionary War general, or William Lee, George Washington’s enslaved manservant. Yet Erdos said the group ultimately decided that picking another “Lee” would feel too much like “smoke and mirrors” after the Board’s decision. William Lee, in particular, ended up among the committee’s top choices, but did not advance in the group’s final round of voting.

Slater, the daughter an interracial couple herself, was quite pleased that the committee settled on a name to honor Richard and Mildred Loving, the couple who managed to successfully challenge Virginia’s ban on interracial marriage in court. It helped, too, that replacing “Lee” with “Loving” meets the desire of many students to keep the “W-L” moniker intact, Slater said.

Raphael said she was willing to consider other names beyond those that would’ve preserved the school’s W-L acronym — abolitionist Harriet Tubman was the lone finalist to be considered whose name didn’t begin with “L” — but she believes “Loving” is a fine choice to honor ‘those who fought for equality and equal citizenship.”

“I would be proud to tell people that I graduated from Washington-Loving High School,” Raphael said.

Moser takes a considerably dimmer view of the committee’s recommendation. He felt the group was too “racially fixated,” primarily submitting African American historical figures for consideration, even though the W-L student body has a large Hispanic population as well.

He also sees the “Loving” name as a “totally inappropriate and ridiculous” and viewed it as “a joke as far as I was concerned,” considering that he doesn’t think much of the Lovings and their fight to end the interracial marriage ban.

“The rationale for them was they wanted to be happy and they were willing to break the law to do so,” Moser said. “These were not people of high stature. They didn’t accomplish anything other than being in an interracial relationship.”

Moser’s skepticism regarding the Lovings aside, Erdos believes the committee’s deliberations were generally quite civil. Given the legal wrangling and political battles that have so far marked the renaming process, she says that was (generally) a pleasant surprise.

“I really was bracing for some difficult meetings,” Erdos said. “But, quite honestly, I was surprised it went as well as it did.”

The Board plans to discuss the name change for the first time on Dec. 20, and vote on Jan. 10.