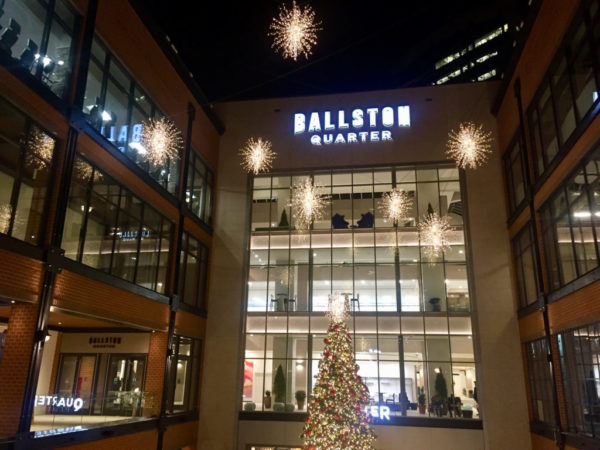 Arlington County Prepares for Winter Weather — Though a winter storm this weekend is looking increasingly unlikely for the area, Arlington County says it is preparing for a snowy winter and “will be ready to fight back” against snow and ice. [Arlington County]

More Solar Panels for APS — “Arlington County Public Schools signed a contract on Thursday night that they say will save them millions of dollars. Five of their schools will be made over with solar panels as part of a power purchase agreement, or PPA, with a Charlottesville, Virginia firm called Sun Tribe Solar.” [WUSA 9]

Fire at Ledo Pizza — Firefighters responded to an electrical fire at the Ledo Pizza restaurant in the Red Lion hotel in Rosslyn yesterday. The fire was extinguished by a sprinkler system. [Twitter]

American May Add Flights at DCA — “American Airlines is closely ‘studying’ online retailer Amazon’s plans to open a second headquarters steps away from its hub at Ronald Reagan Washington National airport, where it is already planning to add seats at the slot-controlled facility. ‘We absolutely plan to upgauge at DCA,’ the Fort Worth, Texas-based carrier’s vice-president of network Vasu Raja tells FlightGlobal.” [FlightGlobal]

Our Lady of Guadalupe Celebration — “On Saturday, December 8, approximately 300 people are expected to pour into Saint Agnes Catholic Church’s Parish Hall in Arlington to celebrate the anniversary of the apparition of the Blessed Mother to Juan Diego on December 12, 1531. Following the Mass, there will be a candle lit procession with some of the faithful carrying a statue of Our Lady of Guadalupe, followed by praying the rosary, and a potluck dinner with live entertainment -a mariachi band!” [Diocese of Arlington]