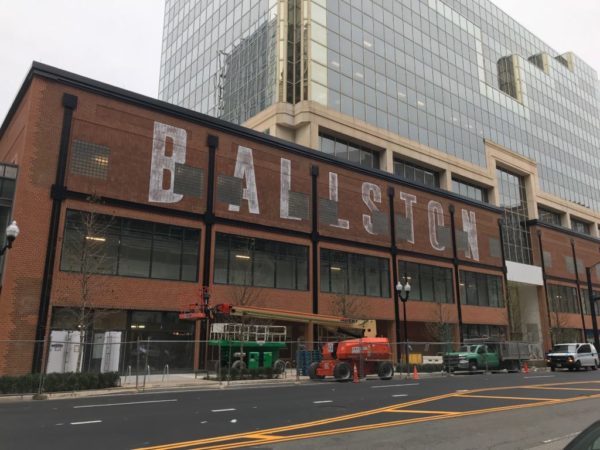 After 31 years, Ballston’s annual “Taste of Arlington” street fair will be replaced by a new event focusing on the neighborhood’s largest development: “QuarterFest.”

QuarterFest is slated to be held on May 18-19, 2019, and will be managed by “BallstonGives,” the BID’s charitable arm. Though the event will be more focused on Ballston Quarter, it will still be held in the same general area as Taste of Arlington, largely centered on Wilson Blvd near the mall.

BID CEO Tina Leone told ARLnow that her group decided to make the switch because “we really accomplished what we wanted to do” with Taste of Arlington over the years.

By the time QuarterFest rolls around, Leone expects that the new development will be about “80 percent open.” Shops and restaurants in the overhauled mall have been slowly opening for business over the course of the last month, and Leone believes a “big bunch” are hoping to open up by early January or February.

“By May, it’s going to be very active and vibrant around there,” Leone said. “By the time it’s fully open, Ballston will have 90 restaurants in all, so this will just be a great way to get people into the physical space, get them to visit and bring them into all those restaurants.”

Leone said that the change doesn’t mark the end of Taste of Arlington, necessarily. She points out that the BID could always “bring it back or partner with other organizations,” so she views it as being on more of an indefinite “hiatus.”

“To us, this is a whole new festival,” Leone said. “Ballston is going through so many changes right now, and that really represents what’s going on Arlington-wide.”