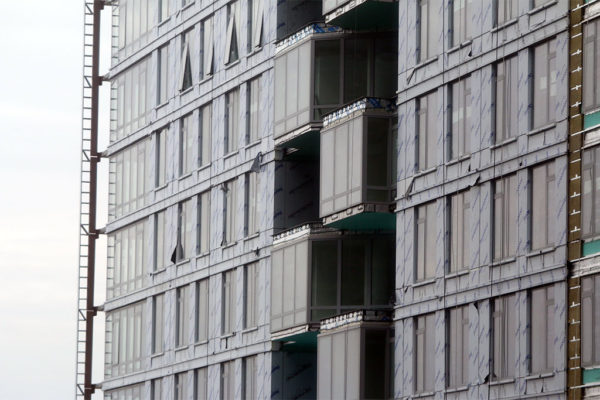 Flood Watch in Effect — Expect periods of rain today. The National Weather Service has issued a Flood Watch for much of the region through late tonight. “Excessive runoff from already saturated soils will cause the potential for streams and creeks to rise out of their banks as well as flooding in low lying urban areas,” forecasters say. [Weather.gov, Twitter]

Arlington Doesn’t Want to Pick Fight Over J-D Hwy — “The Arlington County government’s efforts to rename its portion of Jefferson Davis Highway could face familiar legislative roadblocks in 2019. But County Board members say they have no interest in forcing a confrontation with the General Assembly on the matter.” [InsideNova]

New Year’s Meeting Scheduled for Jan. 2 — Next week, what used to be a New Year’s Day organizational meeting for the Arlington County Board will again be held on Jan. 2 instead. The Board will elect a new Chair and Vice Chair at the meeting. [Arlington County]

Developer Buys Wilson Blvd Property — “The Meridian Group has picked up its next value-add Arlington County office building as it… closed Wednesday on its acquisition of 2500 Wilson Blvd. and several adjacent parcels from an affiliate of TH Real Estate for a consideration amount of nearly $39 million, or roughly $373 per square foot, according to Arlington County land records.” [Washington Business Journal]

Dulles Toll Road Rates Rising — “Starting Jan. 1, prices are scheduled to go up for those driving on the Dulles Toll Road. The cost to passenger vehicles will increase from $2.50 to $3.25 at the main toll plaza and from $1 to $1.50 on ramps.” [Tysons Reporter]