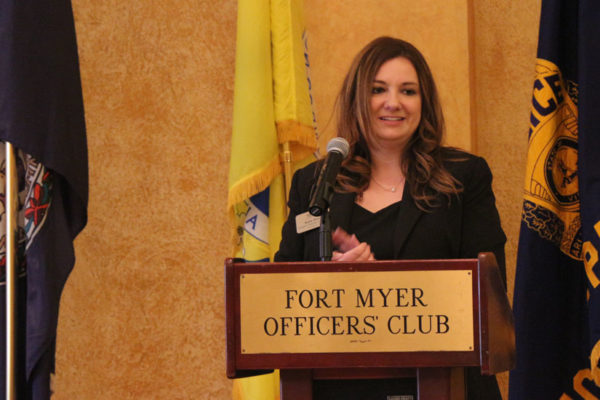 As Arlington leaders gear up to confront a yawning budget deficit in the new fiscal year, the county’s business community is delivering a message to officials holding the purse strings: cut spending, but don’t raise taxes.

The Arlington Chamber of Commerce recently staked out a series of local policy positions as 2019 gets rolling, and one of its biggest asks this year is that the “county government seek and adopt additional savings and economies of scale before considering any increase in the real estate tax burden.”

Such a request may well be a futile one — the County Board has already asked County Manager Mark Schwartz for proposals on what various tax rate hikes might look like for fiscal year 2020. Schwartz has also warned that a mix of service cuts, layoffs and tax increases will likely be necessary to cope with a budget deficit that could prove to be as large as $78 million, as Arlington anxiously awaits Amazon and its projected boost to county coffers.

But the chamber is, perhaps predictably, urging the Board to instead embrace its strategy from a year ago, when members opted to avoid any tax rate increase in favor of some targeted cuts.

The business group is even asking the Board to conduct “a local study of comparative tax rates between Arlington and surrounding jurisdictions to discover specific tax rates and impact fees that put the county at a competitive disadvantage in attracting and retaining certain segments of the business community,” which could prompt additional rate and fee cuts.

The chamber would much rather see the Board focus on attracting more businesses to boost revenues instead, urging leaders to make economic development the Board’s “chief policy priority” this year.

That means the business group wants the county to continue its use of “competitive incentives, tied to strong benchmarks, both to attract and to retain businesses” — Arlington officials long disdained such measures, but the county’s soaring office vacancy rate has convinced leaders to use incentives to lure companies from Amazon to Nestle in recent years.

Naturally, the chamber says it also backs the county’s proposed incentive package for Amazon itself, set to include a mix of investments in transportation improvements around the new headquarters and a chunk of the new tax revenues generated by the company’s arrival in the area. The chamber previously backed the county’s pursuit of Amazon even before the exact details around the incentives became public in November; the Board will formally vote on the deal this winter, as will the General Assembly.

With Amazon on the way, the group also urged the Board to embrace the “addition of mass transit systems (bus-rapid transit or similar) in the Crystal City/Potomac Yard and Columbia Pike corridors.” The county is set to extend the Crystal City-Potomac Yard Transitway to Pentagon City in the coming years, while the idea of bus-rapid transit for the Pike has been batted around ever since the notorious streetcar’s cancellation.

Other transit projects on the chamber’s wishlist include “second entrances at the Crystal City and Ballston Metro stations, and a new Rosslyn tunnel.” The Crystal City second entrance is set to be constructed as part of the Amazon improvements; the Ballston and Rosslyn projects will require a considerably more tricky funding lift from the county.

And when it comes to ways to beef up the county’s supply of affordable housing to cope with Amazon’s projected impact on home prices, the chamber stressed that “providing developers and property owners with incentives is the best, perhaps only, way to obtain substantial additional units that are affordable to a broad part of the community and to preserve existing housing stock.”

The chamber also did not pass by another opportunity to lament the “ill-advised” nature of the county’s development of new “housing conservation districts” in 2017.

Some property owners felt ambushed by the county’s work to freeze the redevelopment of affordable homes, and the chamber is pushing for a more “open process that includes suggestions and comments from the business community” as the Board charts out the next phase of policies governing the districts.