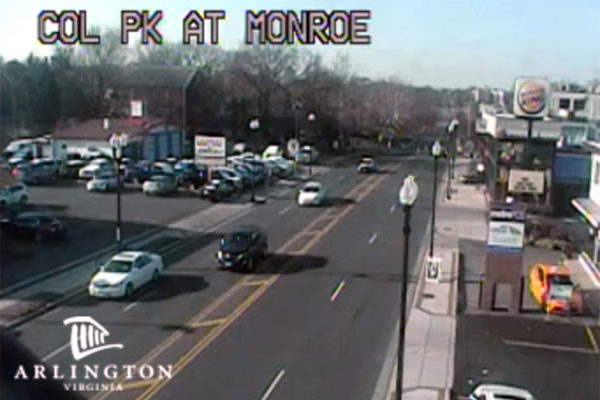 The Arlington County Board will consider a resolution at its meeting this week that could help pave the way for HOV or bus-only lanes on Columbia Pike.

The county took over management of the Pike from VDOT in 2010. The Board is considering an amendment to its agreement with VDOT that would provide for “active lane management practices and associated restrictions.”

Whereas the 2010 agreement specified that the county must maintain two through lanes in each direction, the amendment would allow “use by certain specified modes only, e.g., buses, high occupancy cars, and similar high capacity modes, in order to optimize person throughput during specified times of the day.”

Such restrictions may be in place during rush hour or any other peak demand period determined by the county. At least one lane in each direction “will be available for through traffic for all modes at all times.”

The language of the amendment was approved by VDOT’s oversight body, the Commonwealth Transportation Board, on Dec. 5, according to a staff county report. The County Board is now considering a resolution formally requesting the amendment from VDOT.

The overall goal, according to the staff report, is moving more people — but not necessarily more cars — along the constrained Columbia Pike corridor.

County staff has been reviewing options related to the County’s secondary road system for how the County can support the mutual goals of the Department and the County to use the existing public right-of-way to support transportation improvements and enhancements that move more people more efficiently. While the County has demonstrated its effectiveness in increasing mobility along Columbia Pike, the constrained right-of-way limits the extent to which the County can increase the movement of people. Because Columbia Pike has restrictions on how the County can use the public right-of-way, County staff, at the direction of the County Board, has been working with the Department to develop language that would provide the County with greater flexibility now and in the future to manage Columbia Pike in a way that supports the movement of people within and through the corridor.

The change could allow for a version of Bus Rapid Transit, which was often touted as an alternative to the since-cancelled Columbia Pike streetcar. The county said in 2016 that it was “looking at…the possibility of creating locations with dedicated bus lanes, along with other innovations” along the Pike.

The county has not solicited public feedback on the amendment itself, according to the staff report.

“Public outreach is not appropriate for an administrative amendment to the Agreement,” the report states.