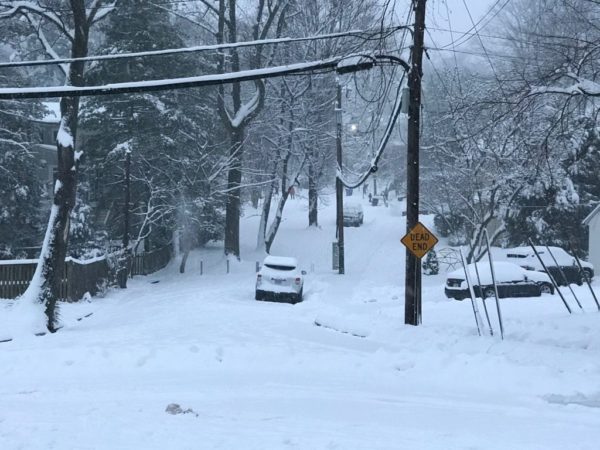 Gymboree Expected to Close — “Children’s clothing retailer Gymboree Group Inc. is expected to seek bankruptcy protection this week, with plans to close all 900 of its stores, according to people familiar with the matter.” The company has a Gymboree location at the Fashion Centre at Pentagon City mall. [Wall Street Journal]

A First for the Local Real Estate Market — “The Arlington real estate market for 2018 was essentially flat compared to a year before – while, for the first time, the average sales price of single-family homes topped the $1 million mark.” [InsideNova]

Storm Response Now in ‘Phase 4’ — Arlington County’s snow removal effort is now in “Phase 4,” cleaning up problem areas with a focus on schools and county facilities. Overnight a refreeze produced black ice and made plowing more difficult and driving hazardous, the county said. Last night Arlington Public Schools decided to close schools today instead of open on a delay. [Twitter]

School Construction Project Update — Construction is running on time on both the future Alice West Fleet Elementary School and the future home of H-B Woodlawn in Rosslyn, but heavy rains have caused delays for the future Dorothy Hamm Middle School, formerly known as the Stratford School, on Vacation Lane. [InsideNova]