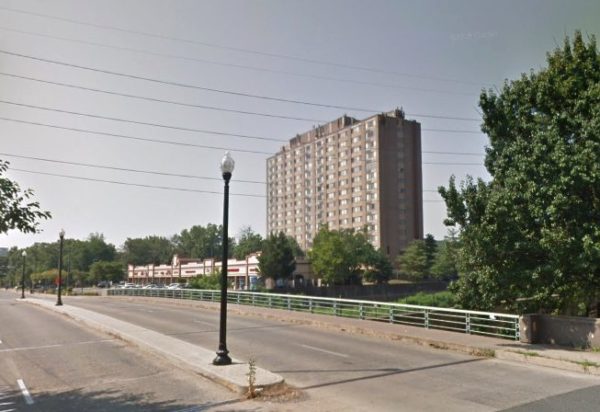 Safety concerns have prompted the county to close a sidewalk along a bridge over Four Mile Run connecting Arlington and Alexandria.

Officials say a recent inspection revealed “beam deterioration” on one of the supports under the bridge’s western sidewalk. The structure was built back in 1956.

Another Metrobus stop sits at the northwest corner of Arlington Ridge and Glebe Road, serving the 10A and 10E routes.

County engineers plan to “monitor conditions and look at eventual replacement options,” but have no timetable for the sidewalk to reopen.

The county closed sidewalks along another nearby bridge at W. Glebe Road over Four Mile Run due to similar concerns back in November.