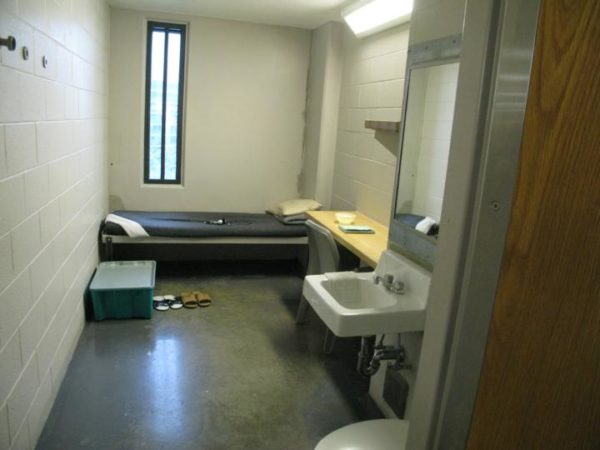 Over the last few years, Arlington police and prosecutors have embraced a controversial tactic to deal with people who are frequently drunk in public — but most county residents don’t even know it exists.

The unusual process, known as “interdiction,” allows county prosecutors to ask a judge to declare someone a “habitual drunkard” if they’ve committed several alcohol-related offenses. That designation means these “drunkards” can be charged with a misdemeanor and jailed for up to a year if they’re found so much as buying or drinking alcohol again.

Virginia and Utah are the only states in the entire country with this sort of law on the books; the commonwealth’s statute passed just before the turn of the 20th century.

Accordingly, interdictions are far from commonplace in the county — prosecutors estimate that they’ve only interdicted 12 people dating back to September 2015, and that just 50 people around Arlington are currently deemed “drunkards.”

But the latter figure is the third highest for any locality across the entire state, according to statistics compiled by the Charlottesville-based Legal Aid Justice Center. Only Virginia Beach and Roanoke have more interdicted people, with 616 and 140 respectively.

And Arlington’s place on that list disturbs attorneys and advocates alike, given the brewing controversy over interdictions.

Commonwealth’s Attorney Theo Stamos, the county’s top prosecutor, dubs interdiction a “tool of last resort,” helping officers force people who are constantly drunk to finally get help. Yet critics believe it has a massively disproportionate impact on the homeless, and that police use it as a cudgel against people living on the streets who are struggling with substance abuse issues.

Others still argue that it robs interdicted people of due process — prosecutors request the “drunkard” designation in a civil hearing rather than a criminal one, meaning that even indigent defendants aren’t entitled to have an attorney present for the proceedings.

A legal challenge to the law on those grounds is currently working its way through federal court, while an Arlington public defender-turned-state lawmaker is working to repeal the statute in this year’s General Assembly session.

Yet, as those efforts proceed, some legal observers can’t understand why county police and prosecutors still pursue interdictions at all, given their stated commitment to other kinds of criminal justice reform.

“It’s inappropriate, unfair, and it doesn’t work,” Brad Haywood, Arlington’s chief public defender, told ARLnow. “In over 15 years as an attorney, I’ve served as a public defender in two of the few jurisdictions that still actively enforce this law. While I can think of many who owe their sobriety to residential alcohol treatment, intensive outpatient services and the expertise and compassion of mental health professionals, I can’t think of anyone who owes their sobriety to interdiction. Not a single person.”

Criminalizing the homeless, or a ‘last resort’ for addicts?

To Haywood, who has strongly criticized Stamos in the past, interdiction effectively criminalizes homelessness. After all, he points out that the law “only targets people who possess or drink alcohol while visible to others,” which essentially leaves just the homeless, many of whom turn to alcohol to make it through the day or are gripped by addiction.

“They live their entire lives in public,” Haywood said. “If they have alcohol, drink it, or are drunk, they will be seen, and under this statute, they will be arrested.”

Of course, he believes there are other “problem drinkers” around the county. As he puts it: “I read ARLnow, I know what happens on the Wilson Boulevard corridor on weekends.”

But he argues police have embraced a completely different strategy for those cases, choosing to work with popular bars to encourage stronger partnerships and prevent arrests, even though the circumstances are similar.

“If the goal of interdiction is to curb problem drinking generally, and to be equitable about it, then I’d think the Arlington bar scene would receive some attention,” Haywood said. “It hasn’t, obviously, and I’m not suggesting it should, but if it had, you’d have certainly have heard about it by now. ”

However, law enforcement officials note that they’re not using interdictions indiscriminately, or targeting all homeless people. County police spokeswoman Ashley Savage says officers ask for interdictions “only in the most significant cases, where public safety resources are utilized for the same individual on a [recurring] basis.”

She adds that police take into consideration whether people are committing “criminal violations while intoxicated” as well as “concerns for the safety of the individual or those around them” in making such a decision.

“The goal is not to wantonly incarcerate people,” Stamos said. “A lot of these people are not mindful of their surroundings and can be victimized… and it’s a safety concern. We see pedestrian accidents every single day, and in some cases it’s because people are wandering into the street.”

Stamos says that, in many cases, her office only interdicts people after family and friends urge some sort of drastic step to force them to get help.

For instance, Stamos says prosecutors have interdicted four people since July 2017 — and those people had an average of 19 prosecutions each for alcohol-related offenses before being declared a “drunkard.” Prosecutors pursued a high of 37 cases against one person; the person with the smallest total had been prosecuted four times, and even then they’d been drunk during 35 different encounters with county medics over a two-year period.

“This is absolutely a last resort to hook them up with services,” Stamos said. “It’s a deprivation of liberty, but it’s done with the purpose of getting these people in jail, and getting them sober.”

It may not be a perfect solution, but county officials say they work hard to find people with substance abuse issues once they’re in jail, then get them help.

Kelly Nieman, who works on the county’s forensic jail diversion team, says Arlington has been a leader across the state in finding ways to treat inmates’ mental health issues or substance abuse problems, which are often interconnected. She hopes that helps stop people from “revolving in and out of the system.”

“We have a model to intercept individuals at junctions when they butt up against the legal system,” Nieman said. “We screen people for services and develop a release plan to get them back into the community.”

Stamos says she’d love to have another way to “induce compliance” with a treatment program for homeless addicts, but she just doesn’t see one available to her prosecutors.

“Give us another tool, and we’ll use it,” Stamos said. “If you do away with this statute, give us more money for treatment services.”

While he acknowledges that the county does good work in this area, Haywood pushes back against the notion that workers at the county jail should be “front-line caretakers for the chronically mentally ill, which is what most interdicted people actually are.” He’d rather police connect the homeless to dedicated treatment services, rather than simply sending them to jail.

“That’s a job for mental health professionals, in settings appropriate to the treatment of addiction and serious mental illness,” Haywood said. “If what we want is to help the most destitute, vulnerable people in our community, we should ensure they have access to intensive mental health and substance abuse treatment services, and stop pretending we’re making the situation better by locking sick people away so the public can’t see them.”

Elaine Poon, the managing attorney for the Legal Aid Justice Center, also believes that the very manner in which the statute is written makes the process punitive, not rehabilitative. Her group is leading a legal challenge to the law, arguing that interdictions create a vicious cycle for people declared “drunkards.”

Poon notes that police can — and do — pursue all manner of charges against people who are drunk in public. What sets interdictions apart is that people designated as “drunkards” can be prosecuted for simply drinking alcohol or having it in their possession, which she believes help police wrack up charge after charge against the same people.

According to Stamos’ own statistics, the 12 people her office have interdicted since 2015 have subsequently been prosecuted an average of three times each for possessing alcohol or appearing drunk in public. Poon believes this shows how interdicting someone can simply compound the time they spend in jail, criminalizing people “just for being who they are: a homeless person on the street.”

Poon feels this is all the more disturbing because many people who are declared “drunkards” don’t understand the process, and don’t have legal representation at the hearing deciding whether they’ll be interdicted in the first place. Most homeless people rely on the service of court-appointed public defenders, as they can’t afford their own lawyers, but the civil nature of the interdiction proceedings means that a judge is not required to assign them counsel.

Stamos says her prosecutors go to great lengths to find people set for an interdiction hearing, and get them to a sign paperwork acknowledging they’re aware of when they can come to court.

But Poon points out that many of her clients easily lose any forms they’ve been given by police — they don’t have homes, after all — and don’t attend the hearings, or are too mentally ill to understand a complex legal matter.

Jennifer Carroll Foy, a public defender in Arlington, says she’s often come to court and made such arguments to a judge about her interdicted clients. But her protests are commonly dismissed as a “collateral attack” on a civil case — even though that case has a direct impact on the charges her clients are facing.

“It may be a civil process, but there are criminal ramifications,” Foy said. “If there’s a possibility you’ll go to jail, I absolutely believe an attorney should be there.”

Stamos says her hands are tied by the statute in this case, arguing that public defenders “have no role” under the law in these interdiction cases.

“Their frustration shouldn’t be with my office, it should be with the system,” Stamos said.

Foy is in a unique position to address such displeasure with the law; she doubles as a state delegate representing parts of Prince William and Stafford counties, and has introduced legislation to repeal the “habitual drunkard” statute this year for a second time in a row.

Her bill died quickly in a subcommittee last year, but she’s more optimistic this time around, now that she’s worked to raise awareness about the issue.

“The most difficult part is educating people about it, because they don’t even know this law exists,” said Foy, a Democrat representing the House of Delegates’ 2nd District. “I hope it picks up a lot more traction this time.”

Though Democrats have a bit more clout in Richmond after a wave election in 2017, the party is still in the minority in both chambers of the General Assembly. That means Foy will face an uphill battle in getting anything passed, at least for now.

Poon is hopeful that the courts could provide some relief instead. A three-judge panel on the Fourth Circuit Court of Appeals rejected the case last August, but Poon’s organization is appealing the ruling to the full court, which could have the final say on the law’s constitutionality.

However, she says it’s “a mystery” when, or if, the court will agree to take the case.

“We have to do better when it comes to how we help the most vulnerable class of citizen in this state,” Foy said. “We’re not doing a very good job right now.”