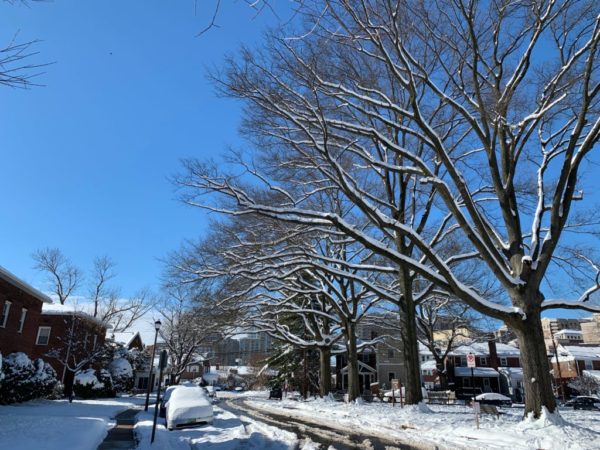 Spike Mendelsohn Planning New Restaurants in Crystal City — “Already in National Landing with Good Stuff Eatery and We, The Pizza, Mendelsohn has a letter of interest out for two new spaces. One will bring his Mexican taco shop already on Capitol Hill, Santa Rosa, to Virginia. Another is a new concept: fried chicken.” [Northern Virginia Magazine]

Shutdown May Fry Local Economy — “Come February — perhaps by the beginning of the month, probably the middle and definitely by the end — the financial, occupational and psychological impact of this now-record government shutdown will go from the theoretical to the very, very real.” [Washington Business Journal]

JBG’s ‘Brutally Honest’ Amazon Pitch — A quote attributed to JBG Smith Chief Development Officer Kai Reynolds, talking about his pitch to Amazon’s HQ2 team: “So we literally sat down at 8 in the morning, and I started the presentation by saying ‘I’ve lived [in this region] a number of years, I had never been [to Crystal City]. While it’s better than I thought, it’s kind of a shithole.'” [Bisnow]

Snow May Disrupt Evening Commute — “The main band of snow is likely to come through during the evening and overnight hours. As the onset of snow may coincide with the evening commute, especially in our western areas, build in extra time to get home or consider leaving a little early to beat the rush. Some slick spots could develop, especially on untreated roads.” [Capital Weather Gang, Twitter]

Nearby: Attempted Kidnapping in Georgetown — “As she neared her front door about 5 p.m. Tuesday, a woman grabbed the child from behind and tried to abduct her, D.C. police said. The girl fought back and broke free. The nanny in the car screamed, and the woman ran.” [Washington Post]