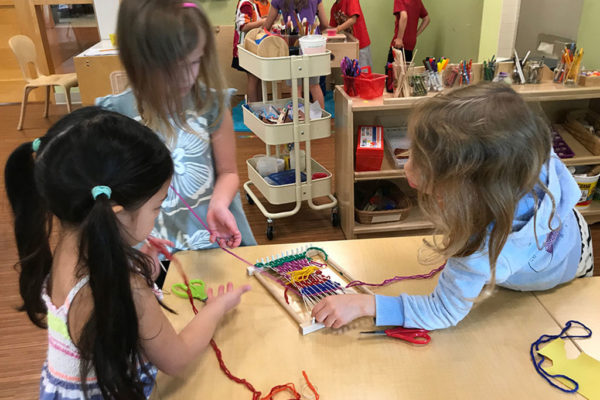 Arlington officials could soon advance zoning changes designed to make it easier for more childcare providers to open up shop in the county, as part of a lengthy push to increase access to daycare options for local parents.

County leaders have batted around a variety of potential changes for months now, but they finally seem ready to pass a suite of zoning tweaks impacting both large childcare centers and smaller “family daycare” homes. The proposals will go before the Planning Commission’s Zoning Committee for the first time tonight (Wednesday), and could make their way to the County Board sometime later this spring.

The Board previously approved a “Childcare Action Plan” last summer laying out some potential changes, including a new subsidy to help families afford daycare services. But it has long planned these additional zoning changes to encourage more childcare providers to move to Arlington, initially hoping to vote on them before the end of 2018 and address what officials see as the exorbitant cost of childcare in the county.

Despite the delay, officials now seem ready to advance the proposals, particularly after soliciting feedback from the community via online surveys and public gatherings in recent months. In all, the main potential zoning changes include:

The parking changes may well prove to be the most impactful alterations that the county is considering, as many childcare providers say Arlington’s current standards make it a bit difficult for them to open new locations along the county’s Metro corridors.

Currently, the county requires that large childcare centers offer one parking space for each employee.

But staff subsequently discovered that many childcare employees aren’t driving to work — a December study by the county found that roughly 40 percent of parking spaces for childcare centers currently go unused, and a survey of local employees found that 36 percent commuted by using public transit, biking, carpooling or walking.

Accordingly, county staff are proposing requiring one parking space for every eight children attending a center, which should cut back on the number of parking spaces each one needs. The average daycare center in the county currently requires about 40 spaces using the employee-based ratio; the new proposal would cut that number back to about 25 spaces per location.

That would put Arlington more on par with parking requirements in Fairfax and Prince William counties, where daycares generally have 32 spaces and 24 spaces, respectively.

Staff are also suggesting that the Board allow additional parking reductions for centers hoping to locate near Metro and bus stations, letting companies apply for less parking as part of the process of earning a use permit from the county. For comparison, Alexandria lets childcare centers have as few as three spaces if they have access to transit options, while D.C. only requires five spaces for all centers.

The transit advocates over at Greater Greater Washington are especially enthusiastic about that section of the plan. The group’s development director, Pentagon City resident Jane Fiegen Green, praised the county for examining parking requirements in a recent blog post, and urged readers of the site to back changes to such “outdated” standards.

While the parking changes would largely impact centers educating dozens of children, many of the other proposed changes are aimed at loosening standards for smaller family daycare homes.

By bumping up the maximum number of children allowed in each facility to 12, the county would come into alignment with the standard outlined in state law. Arlington and Alexandria are currently the only localities in the D.C. area with a cap of nine children, staff wrote in a report for the zoning committee.

“Expanding the maximum number of children will increase Arlington’s potential child care supply, align with the maximum set by the state, provide potential additional revenue for providers and additional child care jobs in homes that are able to increase their capacity, increase opportunities for children to play together and help address the county’s lengthy child care wait lists,” staff wrote.

The recommendations also call for easing permitting requirements on small providers, as many are “intimidated” by the complex process of earning the county’s permission to set up childcare facilities. Staff found that centers with nine children or fewer regularly operate “without significant disruption to their surrounding neighborhoods,” so it would make sense to allow them to open up “by right” without extensive permits.

The proposed changes also include allowing small daycare homes with up to nine children in more dense sections of the county zoned for apartments, which could “expand the number of units eligible to operate a family day care home by approximately 3,220 units in Arlington County.”

So long as the zoning committee signs off on these zoning alterations, the County Board could order public hearings on the matter at its Feb. 23 meeting. The Planning Commission could then take them up on March 4, setting up a final Board vote on March 19.

END_OF_DOCUMENT_TOKEN_TO_BE_REPLACED

More Stories
County Board Delays Consideration of Amazon Incentives, After Targeting February for a VoteJUST IN: APS to Open on Two-Hour Delay Thursday