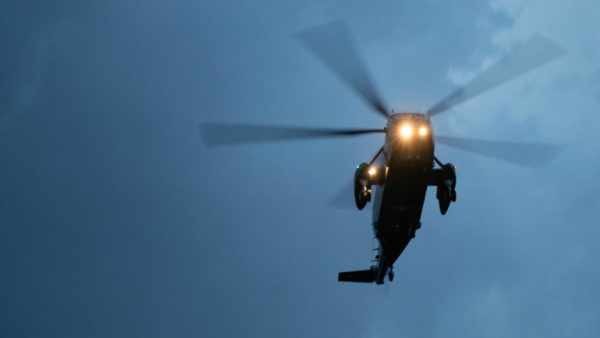 Rep. Don Beyer (D-8th District) and other D.C.-area lawmakers are pressing for a new study of helicopter noise in the area, a persistent concern for many Arlingtonians living near the county’s copious military installations.

Beyer and four of his Democratic colleagues sent a letter to the head of the Government Accountability Office Monday (Jan. 28) calling for an examination of everything from which helicopters tend to make the most noise to which neighborhoods military aircraft pass over most frequently.

“Many of our constituents live with the impacts of regular helicopter noise that interrupts sleep patterns, causes their homes to shake and negatively impacts their quality of life,” the members of Congress wrote. “While disturbances from helicopter noise have been a longstanding problem for some, others have noted recent increases in the frequency and severity of helicopter noise in their neighborhoods.”

In all, they argue that “information collection, analysis and coordination” will help lawmakers “identify strategies to minimize the negative impacts of helicopter activity without impeding the work of the agencies operating helicopters within the region.”

Other points they’d like to see the agency investigate include “the frequency of flights over neighborhoods, including information on each agency operating helicopters, the times of flight and flight altitude; the number of flights that occur during the day and at night” and “the altitude at which helicopters currently fly within the Washington metropolitan area today compared to the altitude at which helicopters operated within the Washington metropolitan area in the past.”

The lawmakers are also looking to learn more about “degree of coordination that currently exists among the various government and non-governmental entities operating helicopters” in the region, in order to improve efforts to cut back on noise. Beyer has previously proposed similar efforts aimed at increasing that collaboration, including a “working group” that would’ve included both local officials and representatives of the Federal Aviation Administration and Department of Defense.

Beyer has certainly raised the issue plenty of times since winning office for the first time in 2014, and has also pressured the DOD to pursue other studies of helicopter noise, or even to simply fly its helicopters at higher altitudes to reduce noise complaints.

However, many of those efforts have been stymied by Republican leaders, who have long controlled the House of Representatives — Beyer is cautiously optimistic that the new Democratic majority will be more sympathetic to his concerns.

Beyer and his colleagues are hoping to get an answer on this latest request for a study within the next month or so.