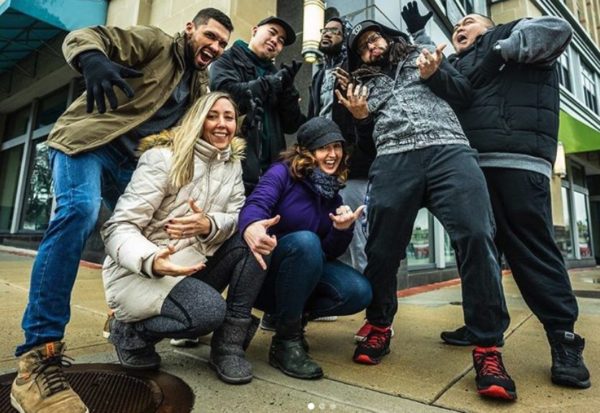 The EvolveAll fitness studio is returning to Columbia Pike, with plans to move back to South Arlington sometime this spring.

The gym’s staff announced plans to move into a space at 1058 S. Walter Reed Drive, just off the Pike, last week. Owner and founder Emerson Doyle said in a video laying out his plans that he’s aiming to have the studio open by “the end of May.”

The gym is currently located in a shopping center near Bailey’s Crossroads, but it has a long history in Arlington.

Doyle and the rest of his EvolveAll instructors first started teaching classes at the Walter Reed Community Center and Thomas Jefferson Fitness Center more than a decade ago, according to a release from the studio.

The gym opened its first physical location at 2526 Columbia Pike, next to the Celtic House Irish Pub. It then moved to the Food Star shopping center, but was forced to relocate when the redevelopment process to transform the space into “Centro Arlington” got rolling.

This new space will be just down the street from its original home on the Pike. It was once home to True Health and Wholeness gym, which closed back in June 2017, and EvolveAll staff say the new space will be about 2,900 square feet larger than the gym’s current location.

That will open space for additional classes, and locker rooms with showers for both men and women.