When Erik Neighbour’s sister gave birth to a baby boy a little over a year ago, like a lot of new uncles, he began to worry about the child’s future.

Around the same time, Neighbour said he read an article about the high number of Americans that would struggle to handle emergency expenses.

Guardian Savings, a new app to help teach children financial literacy, was born out of Neighbour’s desire to help give kids like his nephew a head start on lessons about banking.

“An emergency can happen any day due to something medical or a crash,” said Neighbour. “That was a really shocking statistic, and with my sister having just given birth, I started thinking about how I would teach my nephew about money so they don’t become one of those statistics about financial literacy.”

The group is still in its earliest phases, with a team of three working from home. Two are located in the Courthouse neighborhood, with the third in San Francisco. 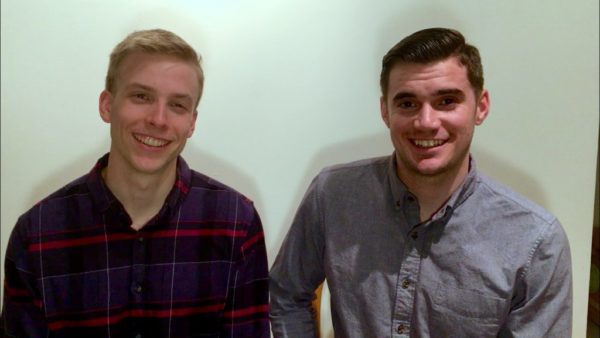 Neighbour said the idea was to include behavioral incentives and rewards for good financial behavior that could change and evolve as the kids grew up and learned more about finances.

“Most of the time, financial literacy happens at home,” said Neighbour. “Schools teach theoretical concepts. I learned how to do algebra in high school, but I didn’t learn how to invest or do taxes. But most families aren’t necessarily the best equipped to teach kids, so it’s a never-ending cycle [of financial illiteracy].”

The development featured feedback from local teachers, which Neighbour said was critical in building the app’s interfaces and features.

Almost two weeks ago, the group launched a prototype of their app for elementary-aged children, with future modules planned for older ages. The app currently has around 20 users.

“We’ve been collecting a lot of really useful data points and feedback,” said Neighbour. “We’re looking to expand and improve the prototype for the full launch. It’s not an app like in the app store, so that’s the next step.”

The program is built using JavaScript React, a programming language popular for single-page apps that Neighbour said he hopes will make adapting the program for iOS and Android easier.

But while Neighbour’s team works on building the prototype, he also said the group is started to look at how to make the app financially sustainable. The long term vision is for the app to grow along with its users, so children who start with the basics in elementary school can learn more about investing and taxes and insurance as the children reach middle or high school.

If they can achieve that, Neighbour said he hopes to earn revenue from referring fees to larger financial institutions, like banks or credit card companies. But this is reliant on building a generation of users, which is still an optimistic vision several years in the future.

“In the short term, we’re considering a premium model where there are features families can pay for,” said Neighbour. “A feature like that would be offering a debit card where you can control what vendors it’s authorized for and spending limits, so you can give your kid a card when you’re not with them.”

END_OF_DOCUMENT_TOKEN_TO_BE_REPLACED

More Stories
Arlington Agenda: March 4-10The Chew: Dos and Don’ts of Running with Your Dog