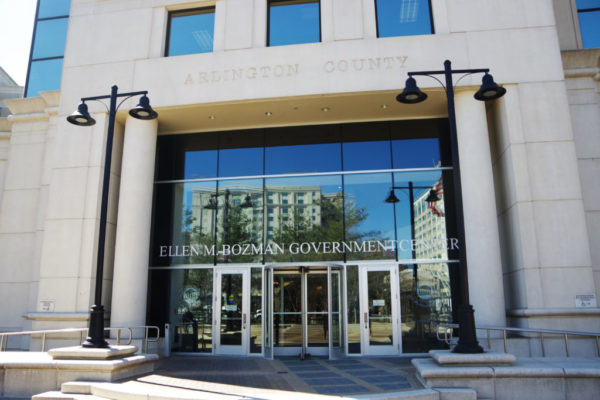 This Saturday, the County Board is set to vote on long-awaited zoning changes “to eliminate perceived and actual barriers to child care” in Arlington.

The bundle of zoning ordinance amendments the Board is poised to approve aim to add more childcare centers to the county and ultimately make the service more affordable. It’s the latest component of a discussion that’s lasted years on how the county can help parents struggling to afford rising childcare costs.

One of the zoning amendments up for a vote Saturday would end the requirement that small family daycare homes need to apply for extensive county approval if they cared for up to nine children. Family day care centers with nine or fewer children could thus be approved “by right,” whereas now the cap is five kids.

The maximum number of children these smaller facilities could care for would also be lifted to 12 from nine, but the new “by right” exception would only apply to facilities caring for nine or fewer kids.

Another amendment would reduce parking requirements in light of findings that indicated current lot requirements were too costly for new businesses and that many staff and parents travelled by public transportation. The amendment would change the requirement from one parking space per daycare employee to one space per eight children cared for by the center.

A proposed amendment also noted that, “based on community input and feedback, Arlington’s child care providers perceive the existing development review process as a significant barrier.” Now officials are proposing to reduce the permit reviews from three to two reviews in order to “streamline” the process and “provide more certainty to child care providers.”

The vote has been delayed several times: Board members originally aimed to pass the changes before the end of 2018. In the summer, members approved a “Childcare Action Plan” to grant parents daycare subsidies.

“We’ve come a far way, but we’ve got a long way to go,” said Board member Libby Garvey at the time.

Childcare services in Arlington are among the country’s most expensive, costing an average of $21,000 a year per child, according to estimates from the Economic Policy Institute.

But Board Chair Christian Dorsey noted in July that multiple kids means Arlington’s families pay an average of $42,705 per year for daycare — $2,000 higher than D.C. and a number that left Dorsey “gobsmacked.”

“I can’t imagine our rents are higher than they are in D.C.,” he said. “The District has just as much supply-demand pressure, yet we’re more expensive… I’m not interested in Arlington exceptionalism when it comes to this.”

In addition to voting on the childcare zoning bills, the Board is also scheduled to discuss a proposal to increase legal aid funding for the county’s undocumented residents and a controversial subsidy package for Amazon.