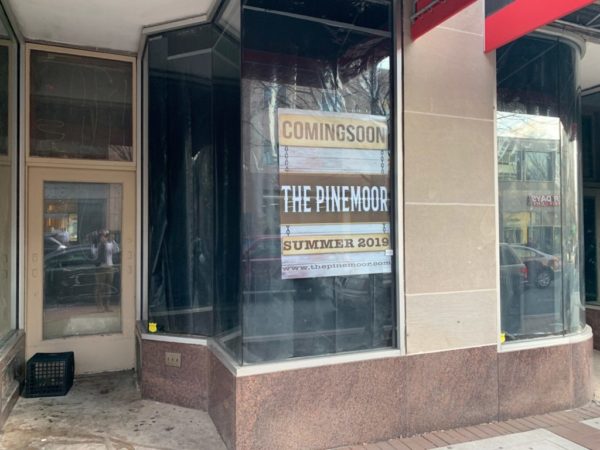 The space that once housed Clarendon Grill is going to be a bar and restaurant once more.

“The Pinemoor,” described in a bare-bones Facebook profile as an “American bar/restaurant,” is coming to the space. Signs in the window, which sport a distinctly Old West design, say the restaurant is expected to open this summer.

Tipsters told ARLnow they have seen construction activity inside the restaurant space, though it is mostly blocked from view by curtains.

Clarendon Grill had hosted bands and other nightlife at the 1101 N. Highland Street space in Clarendon for 22 years before closing late last year. “C-Grill” was renovated in 2010 and a back outdoor patio was added.

END_OF_DOCUMENT_TOKEN_TO_BE_REPLACED

More Stories
Morning Poll: What Do You Think of the Amazon Decision?Police Increasing Security Around Houses of Worship After New Zealand Terror Attack