(Updated 3 p.m.) Fend — a Ballston-based startup that adds a physical component to the data transfer process to reduce hack-ability — has won a key Department of Defense contract.

The company’s technology transmits information from a data-collecting source, like a piece of industrial equipment, in a unidirectional beam into the second piece of equipment that links with the cloud network. The physical barrier reduces the possibility of hacking through a network.

The startup won a $1.6 million contract to install devices at an Army Corps of Engineers facility starting in June as part of the Environmental Security Technology Certification Program.

According to the Department of Defense project description:

On-board processors enable Fend’s hardware to communicate with protected equipment using common protocols and transmit this information to an on-site network or cloud service. Fend’s [technology] would serve the unmet needs of critical infrastructure managers across [the Department of Defense] by quickly enabling secure access to equipment data.

Dunn said part of the new contract will be putting the project through the wringer to see if it can survive in the field.

“We tested program out in the field and it worked for extended periods of time,” said Colin Dunn, Fend’s founder. “Probably looking at several dozen [pieces]. We need other rigorous scientific tests to make sure the data going into the device is the data going out. There’s also performance tests and environmental tests — seeing if it works in hot and in cold.” 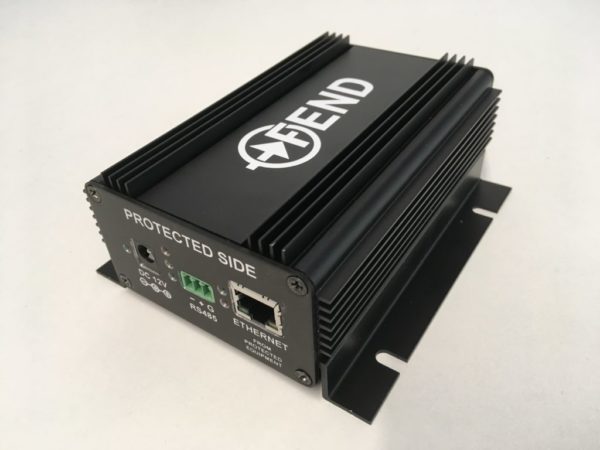 Dunn said the project has evolved some since the initial design, like streamlining the number of ports on the box and figuring out ways to make the product more cost effective and rugged.

“This opens up a lot of doors,” said Dunn, “not just for military, but opening to the commercial sector by showing that it’s good enough for the military.”

The new contract has allowed Fend to expand, with the company currently looking to hire a project manager, electrical engineer, a data scientist and a few people in sales.

END_OF_DOCUMENT_TOKEN_TO_BE_REPLACED

More Stories
The Chew: Celebrating Spring with Your DogBREAKING: Tree Falls Across I-66 in Arlington, Blocking Westbound Lanes