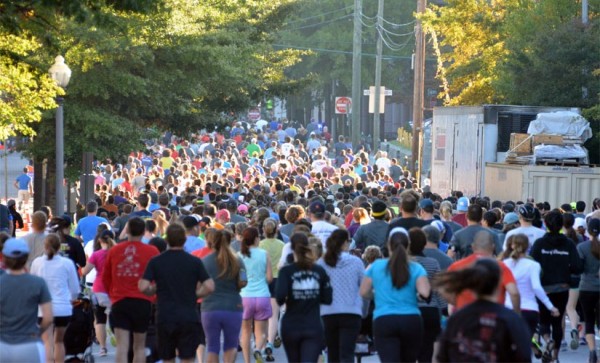 Arlington County is the “best city for runners” again, according to the results of an annual study.

The county was also the top-ranked place for runners in last year’s list, compiled by the number crunchers at the website SmartAsset.

“Arlington has more races per 10,000 residents than any other city in our study,” SmartAsset wrote. “And residents who want to participate in races have places to train. Almost all residents live within a 10-minute walk to a park. If you prefer to run indoors, the city also offers the third-highest number of gyms per 10,000 residents.”

“Beyond being a great locale for running, Arlington is also a very livable city,” the website added. “It ranked ninth in the study for lowest housing costs as a percentage of income and 16th for walkability.”

Upcoming races in Arlington include Crystal City’s 5K Fridays, which take place during the month of April, and the Arlington Bunny Hop Charity 5K, which is set for next weekend.