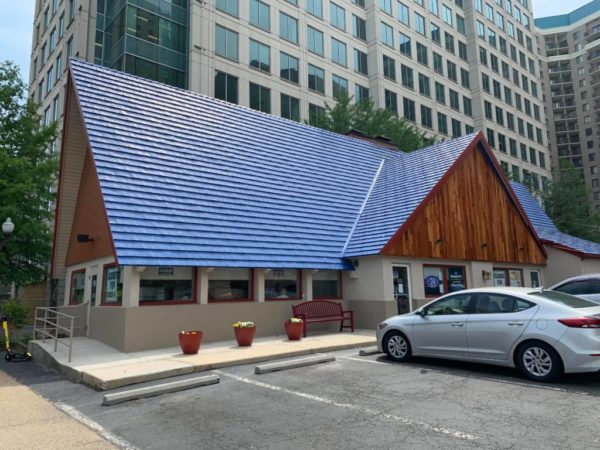 With any luck, Ballstonians can get their pancake fix at the IHOP (935 N. Stafford Street) by the time the weekend rolls around.

The restaurant was closed after a fire on April 9 — the second fire since October. Renovations are now underway, making for the second such extended closure for construction since the first fire.

Among the visible changes: a new expanse of faux wood under the restaurant’s large blue roof. Staff at the IHOP said the remodeling is complete and the restaurant is expected to re-open in the next three to four days, pending final approval of permits.