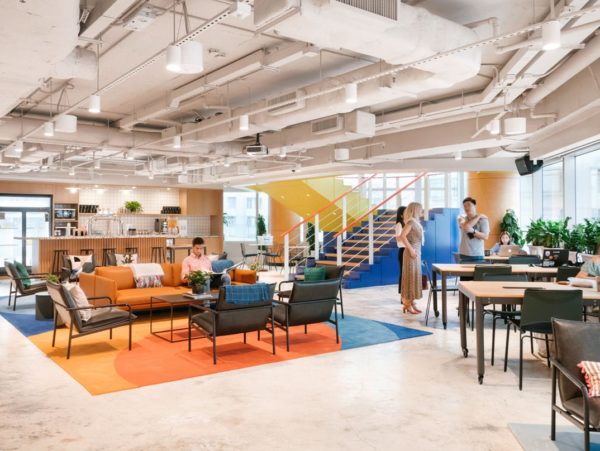 “Amid federal agencies and corporate giants, WeWork’s shared office in Arlington is a powerful locale to put down roots,” reads a description on the company’s website. “Several floors in this modern building are converted workspace, featuring comfortable lounges, bright and airy conference rooms, and sleek private offices.”

The final lease includes 83,294 square feet of space across four floors near the top of the 31-story CEB Tower, according to a December press release. The Washington Business Journal reported that the coworking space will have more than 1,400 desks and will “target large, ‘enterprise-level’ corporations — government contractors, trade associations and the tech sector.”

WeWork’s move comes as several major companies and other coworking and meeting spaces are opening up shop in Rosslyn, including Cerner, Nestle and its subsidiary Gerber, Spaces, Convene and Eastern Foundry this past year.

WeWork said Monday that it had filed to go public on the stock exchange, which will test its $47 billion private valuation.