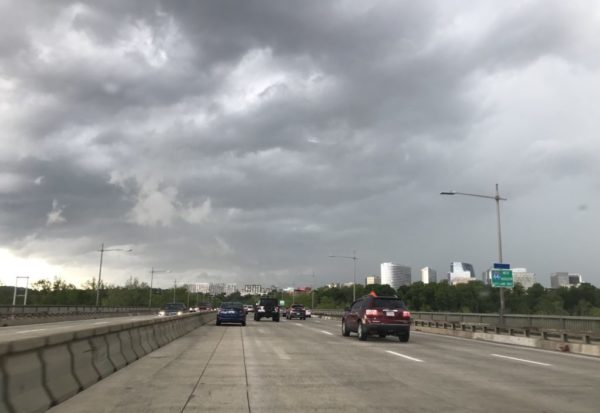 Merlene Accuses Favola of Sexism — “Normally, Democratic debates in deep-blue Arlington are wonky, congenial, staid, even boring affairs, where the candidates at least pretend to be cordial to each other. And tonight’s 31st State Senate district Democratic debate, between incumbent Sen. Barbara Favola and challenger Nicole Merlene, largely held to that model for the entire debate… until the closing statements, when basically all hell broke loose.” [Blue Virginia, PDF]

Metro Closure This Weekend — “[On] May 4 and 5, Metro will be closed south of Reagan National Airport– six stations in all. Trains will be replaced by free shuttle buses at Braddock Road, King St-Old Town, Eisenhower Ave, Huntington, Van Dorn Street and Franconia-Springfield.” [WUSA 9]

Arlington and Amazon Emails Revealed — “Arlington County officials worked closely with Amazon.com Inc. to present a good public relations strategy in the weeks leading to their passage of the company’s $23 million incentive package, emails obtained through a Freedom of Information Act request show. The emails indicate some county officials were trying to develop a cozy relationship and wanted to help Amazon navigate challenges and smooth over some criticism.” [Washington Business Journal]

Arlington Man Donates Flag Tie to New U.S. Citizen — Arlington resident Marc Johnson was trying to sell a patriotic American flag tie on Ebay after cleaning out his closet, but ended up donating it to the would-be buyer when he learned that the buyer was planning to wear the tie to his swearing-in ceremony to become an American citizen. [Washington Post]

History of Harry W. Gray House — “On this day in Arlington history: May 1, 1881 Harry W. Gray and his family move into their house. He and his family took years to build it and it is the only one of its kind for miles… The house remains a sturdy structure, its longevity a testament to Gray’s workmanship.” [Facebook]