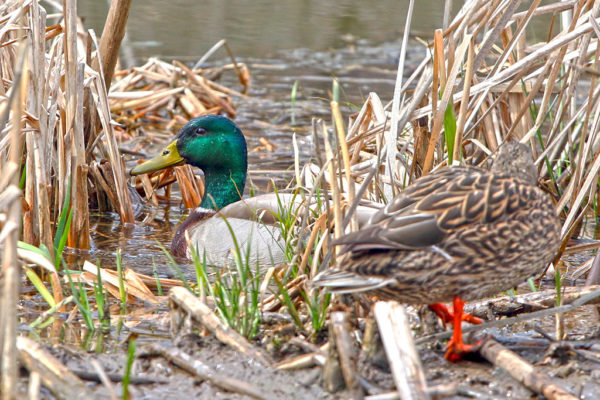 Rescuers Searching for Vehicle in the Water — “A vehicle apparently went into the water Sunday night near Roosevelt Island in the Potomac River, and a search was still under way Monday morning, authorities said. The search was being conducted near the island’s parking lot, according to the D.C. Fire and EMS Department. A witness reported that the vehicle went into the water.” [Washington Post, Twitter]

Amazon Less Worried About HQ2 Housing Impact — “Amazon said its second headquarters in Arlington will not aggravate housing problems as much as the company has in Seattle because it will be able to plan for growth here in a way that it couldn’t in earlier years in its home base. Jay Carney, a senior vice president with the online retail giant, also said the company chose the Washington region for HQ2 and its 25,000 jobs partly because it is ‘a much more racially diverse area than the Pacific Northwest.'” [Washington Post]

Amazon’s Transformative Effect on Crystal City — “All of this points toward a vision of the future that was far-fetched even a few years ago: Crystal City as a place people would want to remain in after 5 p.m.” [Washingtonian]

County Had Cozy Emails with JBG Smith — “In a Dec. 6 email to Andy VanHorn, the executive vice president at JBG Smith Properties overseeing the development of Amazon.com Inc.’s second headquarters, Schwartz pledged open and unfettered access to a roster of key county officials charged with overseeing the various pieces of the approval process.” [Washington Business Journal]

Arlington Unemployment Rate: 2.1% — “Arlington will have to share the title of lowest jobless rate in Virginia for at least a month. With 150,932 county residents in the civilian workforce and 3,216 looking for jobs, Arlington’s unemployment rate for March stood at 2.1 percent, unchanged for a month before and tied with the adjacent city of Falls Church as lowest among the commonwealth’s 133 cities and counties.” [InsideNova]

Arlington Man Arrested After Police Chase — “An Arlington resident was arrested Thursday for allegedly stealing a Porsche and leading Fairfax County police on a chase through Tysons.” [Tysons Reporter]