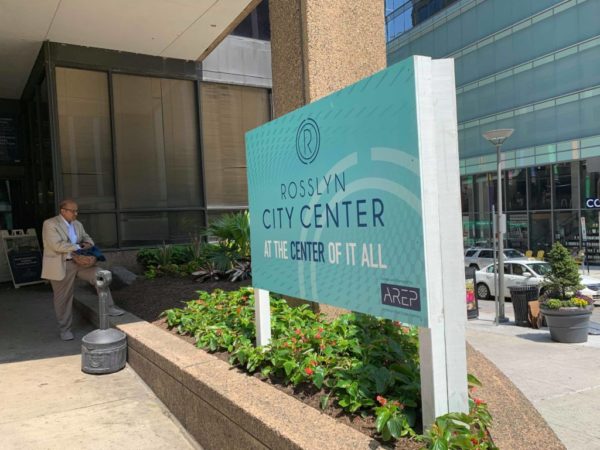 A new JPMorgan Chase bank branch is coming to Rosslyn.

The bank filed for a building permit in April for a 1,688 square feet space at Rosslyn City Center (1700 N. Moore Street), according to Arlington Economic Development.

The building is in the middle of an overhaul by owner American Real Estate Partners, though one smaller than what was initially proposed. Interior alterations include changes to the first-floor lobby and building facade.

It’s unclear which space inside the building will house the bank. Inside Rosslyn City Center, there are more spaces empty than full, including two spots vacated by other banks — Bank of America and Presidential Bank. Presidential Bank moved nearby to a new space at 1515 Wilson Blvd.

JPMorgan Chase has been expanding in the D.C. area. It opened a location on Wilson Blvd in Clarendon in December.