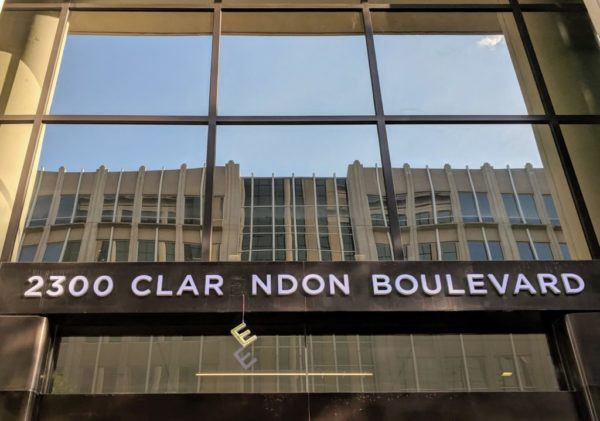 Metro Removes 3000-Series from Service — “Metro overnight temporarily removed all 3000-series cars from service after we received a report of a door malfunction for which we need to identify the cause. This voluntary safety action reduces the number of available rail cars by ~15%” [Twitter, Twitter]

Courthouse Hotel May Become Apartments — “The owner of an Arlington hotel is now hoping to flip the building into residential space instead. The Arlington Court Suites Hotel in Courthouse could soon become a 180-unit apartment building dubbed ‘Park Arlington at Courthouse,’ according to plans filed with the county this week.” [Washington Business Journal]

More HQ2 Jobs Listed — There are now 18 open HQ2 jobs listed on Amazon’s website, with roles ranging from HR to sales to software engineer. Some of the jobs were reportedly first listed as working out of Amazon’s existing Ballston office, the long-term prospects for which are now in question. [Amazon, Washington Business Journal]

NPS’ Massive GW Parkway Backlog — “ABC7 asked the National Park Service how big the [GW Parkway’s] maintenance problem is. The… Parkway has a maintenance backlog of $717-million, but that includes 25 sites, such as Arlington House and Great Falls Park. $649-million of that amount is for paved roads. 33 million vehicles drive on the GW Parkway every year.” [WJLA, Twitter]

Va. Reps Call for Telework Option During ‘Summer Shutdown’ — Rep. Don Beyer (D-Va.) and other Northern Virginia representatives have written a letter to the director of the Office of Personnel Management, calling for federal employees to be given expanded telework options during the May 25-Sept. 8 “Summer Shutdown” of Metro stations in Alexandria. [House of Representatives]