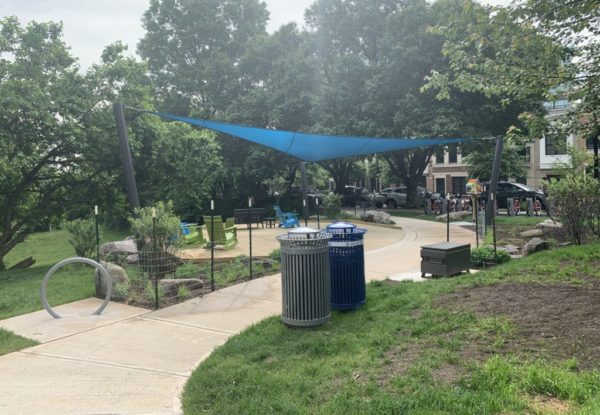 On the heels of being named the fittest “city” in America, Arlington has also earned a fourth-place ranking in parks from the Trust for Public Land (TPL).

The national ranking has been fairly consistent for Arlington, while neighbor D.C. surpassed Minneapolis to take the first place spot. The “ParkScore” rankings rank the quality of the park system of the top 100 cities in the United States, including Arlington.

Arlington scored in the top percentiles for access, investment and amenities, though it scored fairly low in overall acreage.

The TPL noted in its report that 98 percent of Arlington residents live within a 10-minute walk of a park — exceeding the national average of 54 percent — and that park access was consistent across all income levels.

“Parks build community. Our mission is to promote wellness and vitality through dynamic programs and attractive public spaces. And it looks like we are right on track,” Jane Rudolph, Director of Arlington Dept. of Parks and Recreation, said in a statement. “Our public spaces, which include parks, playgrounds, trails, fields and nature and community centers, bestow a unique and irreplaceable benefit to everyone in Arlington. Our public spaces make us happier and healthier.” 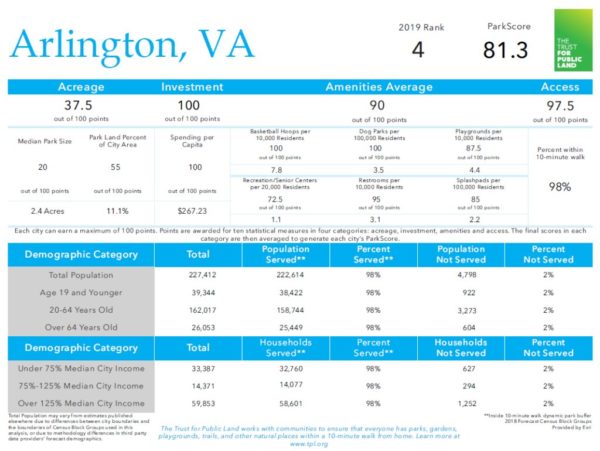 Arlington was commended for the amount the county spends on parks: $267.23 per resident.

But with 11 percent of Arlington’s land used for parks and recreation, the TPL noted this as being below the national median of 15 percent and D.C.’s 21 percent.

The TPL also pointed to locations across Arlington in need of a new park, mainly locations around the northwest periphery of the county. 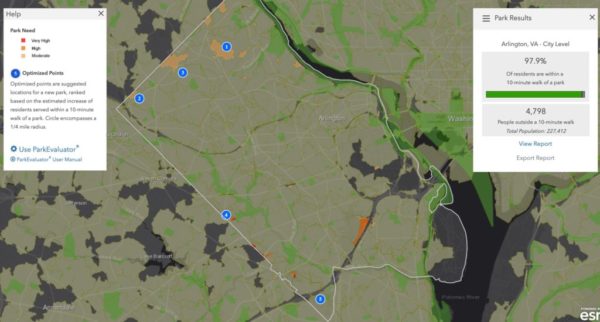