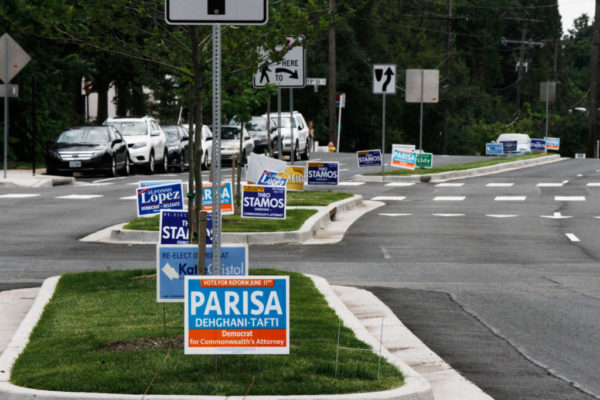 Jail Holds Family Event for Inmates — “Some Arlington County children got a rare opportunity Tuesday night: a chance to visit with their fathers and mothers — who are in jail — without any barriers between them.” [WJLA]

Local Girl Scouts Help Seniors — “They came in need of help, smartphones in hand… Girl Scout Troop 60013 was on it. This week, the Arlington, Virginia-based scouts hosted ‘TechBridge,’ their first walk-in clinic to help local senior citizens learn how to use their cellphones.” [CNN]

County Fair Seeking Judges — “Organizers of the Arlington County Fair are seeking volunteers both to register and judge entries for the competitive-exhibit competition. Volunteers with expertise will serve as superintendents and judges in a host of categories, with judging taking place Thursday, Aug. 15 at 10 a.m. at Thomas Jefferson Community Center.” [InsideNova]

Campaign Ad Questioned — A TV ad placed by a political action committee on behalf of commonwealth’s attorney candidate Parisa Dehghani-Tafti is being questioned. The ad brings up recent anti-abortion laws in other states says incumbent Theo Stamos “would enforce anti-choice laws” in Virginia. The video cited in the ad shows Stamos saying she “takes an oath to uphold the law” but would not enforce an unconstitutional law. [Blue Virginia]