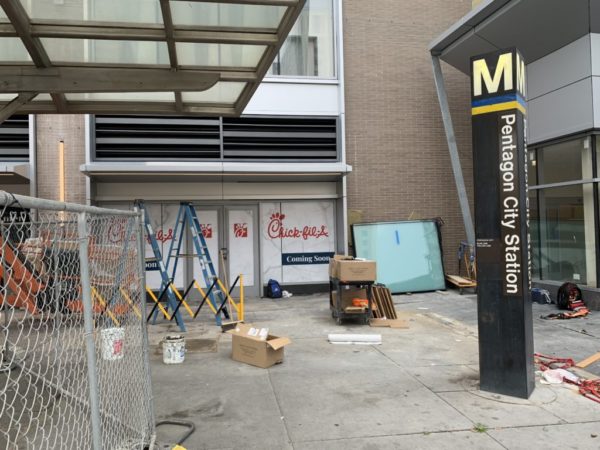 It appears a new Chick-fil-A is coming to Pentagon City, alongside a new Wiseguy Pizza location.

Both locations are ground floor restaurants in the Witmer, a new 26-story luxury apartment at the corner of 12th Street S. and S. Hayes Street, amid the Pentagon Centre shopping center. The Chick-fil-A is located at the top of the Pentagon City Metro station on the east side of S. Hayes Street next to the CVS.

The next closest Chick-fil-A is the one in Crystal City at 2200 Crystal Drive.

We are always evaluating potential new locations in the hopes of serving existing and new customers great food with remarkable service. While we hope to be able to expand in Arlington in the future, we do not currently have a location to confirm.