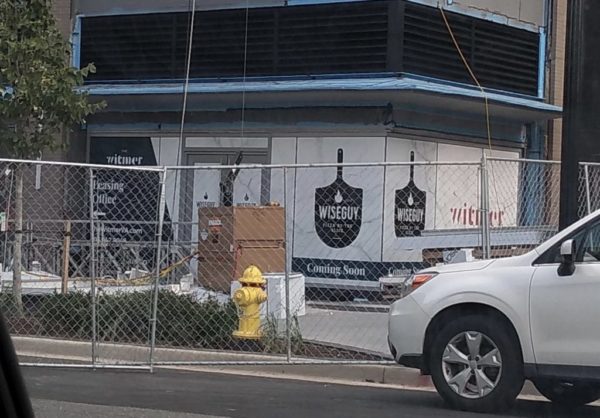 A new location of Wiseguy Pizza appears to be coming to Pentagon City.

The local New York-style pizza chain opened a shop in Rosslyn in 2015 and also has three locations in D.C. The new Wiseguy Pizza is located on the ground floor of the Witmer, the new 26-story luxury apartment building at the corner of 12th Street S. and S. Hayes Street, according to signs covering a storefront on the ground floor.

The restaurant is “coming soon,” according to the signs, but so far no opening date has been announced.

The apartment building, at 710 12th Street S. near the Metro station, is now leasing with rents for one-bedroom apartments listed as ranging from $2,025-$3,100.