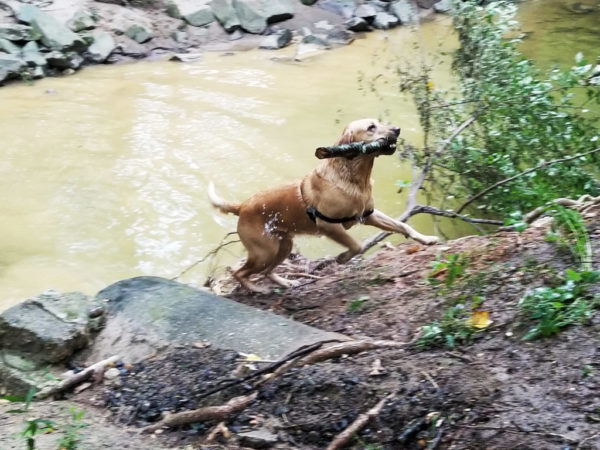 Congratulations to you, dear reader, for making it to the end of this long, hot week.

On the plus side, it’s almost the weekend. On the downside, the heat is forecasted to continue, cancelling weekend events throughout the D.C. area.

It’s also been another week of post-flooding clean-up, with thousands of homeowners and business owners reportedly having filed for damages.

Some businesses have begun to re-open, while Westover residents launched a GoFundMe to repair their homes. We featured one affected family in our Pet of the Week column this week.

Meanwhile, the Department of Environmental Services is trying to fix a stream that mysteriously disappeared after the storm.

Reflecting on legacies has also been a running theme this past week — from the 100th anniversary of the Cherrydale fire house, to the 10th anniversary of District Taco. The decade-long debate over Columbia Pike transit stations also got a new funding push to build four bus stops.

And this week will surely go down in local lore as the first battle between two Arlington titans: Advanced Towing and Amazon.

In addition to the stories above, here are some others of note from the past week:

What was your favorite story this week? And how do you plan to beat the heat this weekend? Let us know in the comments below and feel free to discuss any other issue of local importance.