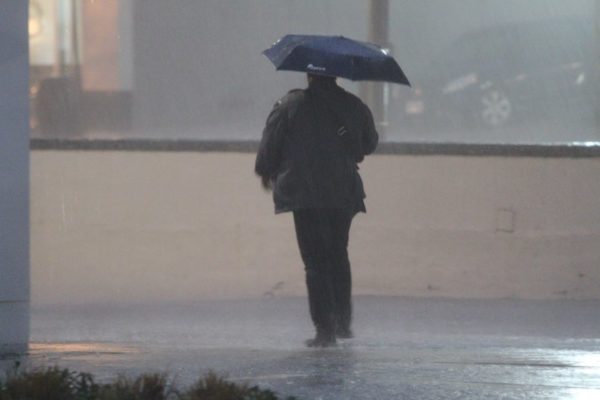 The National Weather Service has issued a Flash Flood Watch for Arlington, D.C., and a portion of the I-95 corridor. The watch is in effect from 2-8 p.m. today.

…FLASH FLOOD WATCH IN EFFECT UNTIL 8 PM EDT THIS EVENING… THE NATIONAL WEATHER SERVICE IN STERLING VIRGINIA HAS ISSUED A * FLASH FLOOD WATCH FOR PORTIONS OF MARYLAND, THE DISTRICT OF COLUMBIA, AND NORTHERN VIRGINIA, INCLUDING THE FOLLOWING AREAS, IN MARYLAND, ANNE ARUNDEL, CENTRAL AND SOUTHEAST HOWARD, CENTRAL AND SOUTHEAST MONTGOMERY, BALTIMORE, HARFORD, AND PRINCE GEORGES COUNTIES. THE DISTRICT OF COLUMBIA. IN NORTHERN VIRGINIA, ARLINGTON/FALLS CHURCH/ALEXANDRIA AND FAIRFAX. * UNTIL 8 PM EDT THIS EVENING * SHOWERS AND THUNDERSTORMS CAPABLE OF PRODUCING VERY HEAVY RAINFALL ARE EXPECTED ACROSS THE AREA THIS AFTERNOON AND INTO THE EVENING. THIS HEAVY RAIN MAY LEAD TO LOCALIZED TOTAL RAINFALL AMOUNTS OF UP TO 3 INCHES. MUCH OF THIS RAIN MAY FALL IN SHORT PERIODS OF TIME IN ANY GIVEN LOCATION, RESULTING IN THE RISK FOR FLASH FLOODING. PRECAUTIONARY/PREPAREDNESS ACTIONS… A FLASH FLOOD WATCH MEANS THAT CONDITIONS MAY DEVELOP THAT LEAD TO FLASH FLOODING. FLASH FLOODING IS A VERY DANGEROUS SITUATION. YOU SHOULD MONITOR LATER FORECASTS AND BE PREPARED TO TAKE ACTION SHOULD FLASH FLOOD WARNINGS BE ISSUED. &&

A Flash Flood Watch has been issued for areas along the I-95 corridor from Washington D.C northward through Maryland until 8 pm. Showers and thunderstorms capable of producing heavy rain may lead to localized areas of flash flooding. pic.twitter.com/YH3IWjo14R

Forecasters are also monitoring for the possibility of severe storms this afternoon.

NWS issued a Hazardous Weather Outlook for the area, the precursor for a possible severe thunderstorm watch or warning.

THUNDERSTORMS MAY PRODUCE SCATTERED INCIDENTS OF DAMAGING WIND GUSTS THIS AFTERNOON AND EVENING, AS WELL AS HEAVY RAINFALL WHICH MAY RESULT IN ISOLATED INSTANCES OF FLOODING. THE HIGHEST RISK IS ALONG THE I-95 CORRIDOR WHERE A FLASH FLOOD WATCH IS IN EFFECT.

Severe thunderstorms are possible this afternoon into early evening, with damaging winds being the primary threat. Heavy rainfall will also be possible, potentially leading to isolated instances of flash flooding. pic.twitter.com/U7FdAoJ0iX